The redemption arc of No Man’s Sky continues as the developers, Hello Games, announce the latest major update for the game – Outlaws. The Outlaws update is set to bring piracy to the popular space survival game and everything that goes with it. You can expect outlaw stations, contraband goods, smuggling, improvements to space combat, and more. Here’s everything you need to know about the No Man’s Sky Outlaws update. 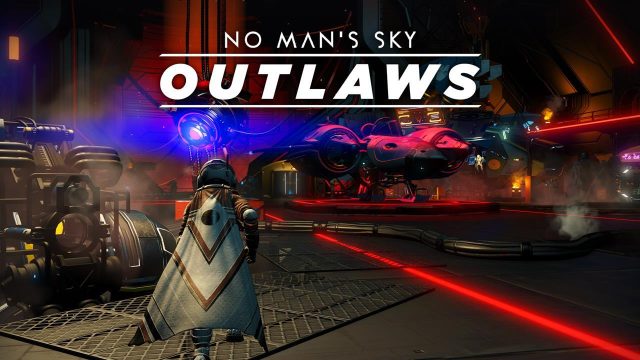 The Outlaws is already live on PlayStation 5, PlayStation 4 and PSVR. When it comes to the PC and Xbox family of consoles, the update releases a day later, on April 14th 2022. This means that you can jump right in and check out all the new content.

Space pirates are one of the most popular science fiction tropes since the dawn of space movies, and pirates have finally arrived in No Man’s Sky. The space is now filled with Outlaw Stations which players can use to become pirates themselves and participate in smuggling activities. Players interested in becoming a pirate can visit one of many Outlaw Stations. There, you can complete a series of pirate missions that will introduce the new features. Asides from smuggling, you can purchase illegal goods from the black market, or acquire upgrades that can’t be obtained legally.

The biggest star of the new update is a brand new starship – the Solar Starship. This is the first new starship in the game since 2022. It has a unique, solar-powered sail, and offers a variety of new upgrades. If you are against pirates, you can always choose the other side and fight against smuggles in now improved space combat, Another exciting new feature is Squadrons. Players can now recruit their own personal squadron to aid them in the ship battles. Instal the squadron bay upgrade to access this feature.

Asides from all the new content, there are numerous improvements as well. We’ve already mentioned the improved space combat. This includes a visual overhaul, starship weapons rebalance, new energy shields, and much more. The maximum number of ships a player can own has been increased from six to nine. If you are one of those players that always lack room in their cargo, we’ve got good news for you as well! You can now unlock extra cargo slots from the ship upgrade terminal on any space station. These are all just highlights from the No Man’s Sky Outlaws update. To find out everything that’s new, check out the official blog post.