“Forcing Them Out” is a The Battle of the Jedi level challenge that you can do in Lego Star Wars: The Skywalker Saga. This challenge requires that you “Use the Force to defeat a Geonosian Warrior and a Battle Droid”. Some players are having trouble completing this particular challenge. There are several reasons why this might be the case. We will go over all of the causes in this Skywalker Saga Forcing Them Out, Geonosian Warrior & Battle Droids guide. 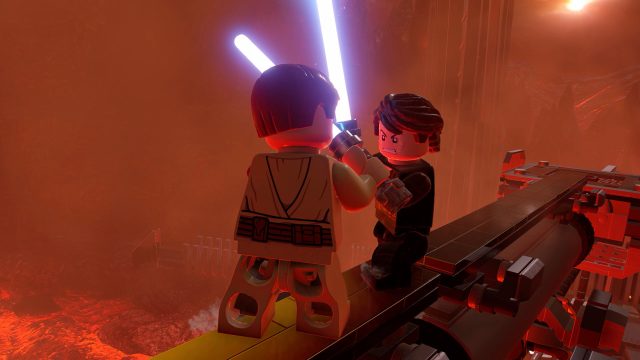 As you know, to complete the Forcing Them Out challenge, you will need, to quote the challenge itself: “Use the Force to defeat a Geonosian Warrior and a Battle Droid”. Sounds simple enough, right? However, there are some complications that can prevent you from doing this. To begin with, you will need to do this in Free Play mode, as you will have to select an Astromech character for one of the sections of the level. Another thing that is bothering players is the fact that, oftentimes, the game won’t register when you use the Force to throw objects at Geonosian Warriors to defeat them like that. The reason for this is that you need to use the Force directly on them, and not defeat them via throwing objects.

On the other hand, you can throw objects at the Battle Droids and the game will be fine with that. It looks like this is a bug and as such, it will most likely get patched up soon. Finally, one last problem that players can encounter here is that the Battle Droids won’t spawn. The solution for this is the same as with the infamous Endor the Line Bug – what you need to do is to restart the game. After that, the Battle Droids should spawn as intended and you will be able to take them out with the Force and complete the “Forcing Them Out” challenge.