The reveal of the WoW expansion after Shadowlands is imminent. Blizzard continues with their 2-year cadence for World of Warcraft expansions, which means that it’s time for a new adventure. The 2022 WoW expansion is set to be announced this April. Here you will find out how to watch the new WoW expansion announcement, the release date, as well as some leaks which have slipped out prior to the reveal. 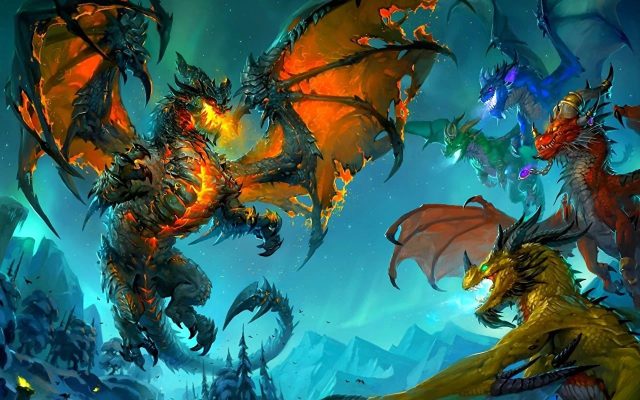 UPDATE: World of Warcraft Dragonflight has been officially announced.

As is tradition with Blizzard, the developer likes to announce the announcement. And things are not different with the 2022 WoW expansion. Earlier this year, Blizzard has revealed their schedule of reveals for the Warcraft universe this spring. We’ve already seen Voyage to the Sunken City, the new Hearthstone expansion. And now, it’s time for the new WoW 2022 expansion. So, when is the new WoW expansion announcement? The 2022 WoW expansion will be revealed on Tuesday, April 19th, at 9 am PDT / 12 pm EDT / 5 pm BST / 6 pm CET. You can watch the live reveal stream on the official Warcraft Twitch channel.

While we don’t yet have the official release date, we are almost completely sure that the new WoW game will release in 2022. Regarding the exact release date, it’s safe to say that the release window is somewhere between August and November 2022, as that’s the part of the year when most World of Warcraft expansions had been released. We will update the article as soon as the official date is revealed.

Next World of Warcraft expansion leaks

Even though we don’t yet have official information, there are some leaks that point to the theme of the next WoW title. According to the leaked information from the public code on the official Blizzard website, the new expansion is supposedly called World of Warcraft: Dragonflight. Wowhead was the first to spot these strings of code. This includes information for WoW Dragonflight pre-orders. Apparently, there are three pre-order editions – Base, Heroic, and Epic.

Another leak comes from Reddit. The image you can see above is apparently for the World of Warcraft: Dragonflight promo material. In the image, we can see Alexstrasza the Life-Binder, a guardian Dragon in her human form. And next to her, Wrathion, the Black Prince, in his dragon form. Dragon aspects were always an important part of WoW expansions, but this would be the first one themed directly around them. Asides from Cataclysm, of course.

For now, that’s all we know about the new expansion. The story of Shadowlands has concluded with Sylvanas being sent to the Maw to bring back lost souls. Anduin has been released from his corruption, Frostmourne has been destroyed, and the Helm of Domination was turned into the Crown of Wills. So, what’s next for World of Warcraft? We will soon find out!

PREVIOUS POSTFFXIV Aglaia Coin, How to Get & Use

NEXT POSTSkywalker Saga Forcing Them Out, Geonosian Warrior & Battle Droids