The Lost Ark march content update has arrived and it comes with an abundance of new content. It has brought a new story, a new Abyss Raid boss, new events, locations, bug fixes and much more. Being an MMO game, where players like to boast their fancy look, it has also come with a brand new Omen skin set. The new Omen set has caught players’ eyes with its menacing look. It will cost 2,000 Royal Crystals, which is quite a hefty amount of money. But, can you buy Omen skins with Blue Crystals? Here’s what we know about it. 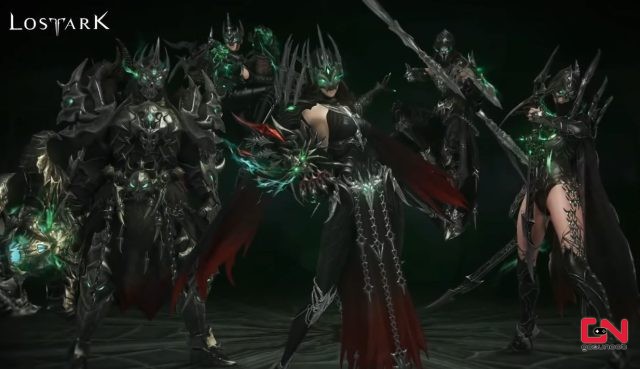 Can You Use Blue Crystals to Buy Omen Skins in Lost Ark?

Players were hoping that they will be able to purchase the skins for Blue Crystals, as all previous skins were available for that currency. But that’s not the case this time around. Still, there is a workaround where you can use Blue Crystals to eventually get Omen skins. Limited-time skins aren’t available for BC, but you can still buy them at the Auction House for Gold. Given that you can use Blue Crystals to buy Gold, this means that you can switch your BC for Gold, and then use that Gold to buy Omen skins. The only problem here is that the price will vary, as players will dictate it. Still, that’s the only way how you can buy the set with Blue Crystals at the moment.

Eventually, the Omen skins will come back and enter the rotation of regular skins in the shop, where other purchasable skins are, and then you will be able to use Blue Crystals normally. So, if you don’t want to spend Royal Crystals or transfer the blue ones for Gold, your last option is to wait for them to enter the “normal” rotation in the shop. Though, don’t expect them to come back anytime soon once their limited-time period ends in April.