The April update to Lost Ark is here, and with it – a ton of new content. Called the “Battle for the Throne of Chaos”, the highlights for this update include a new character class called the Glaivier, the new continent of South Vern, and, of course, the Super Express Mission Event. Lost Ark’s Super Express Mission Event can be confusing for some players, which is why we have decided to make this guide and explain how it works. 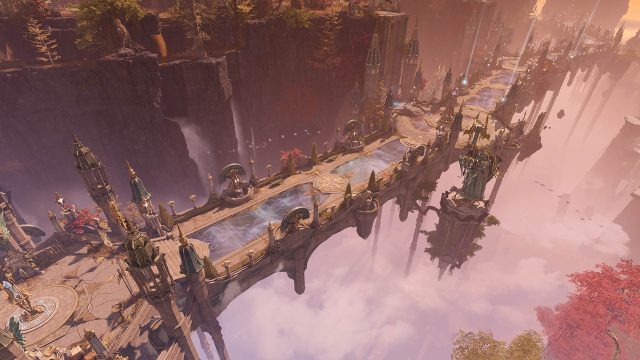 These missions are open to characters that are at least Combat Level 50 and under Item Level 1000. You can only select one of the characters from your roster for this, so choose wisely. Once you have selected a character that fits these criteria who you want to use, that character will be given Item Level 302 gear. This character will then be fast-tracked with special missions that will provide you with big honing and progression rewards. These missions are divided into four sections, that correspond to the Tier 1 and Tier 2 continents (North Vern, Rohendel, Yorn, and Feiton).

The Super Express Missions themselves will provide you with an abundance of materials. These include silver, honing materials, Engravings, and more. The intended purpose for this is to give new players that are still on the Tier 1 and Tier 2 content a chance to catch up with their more advanced friends. But even Tier 3 players can make use of it. For example, you can capitalize on these missions to rapidly level up an alt. This also gives you a chance to try out the new Glaivier class in action. One final thing to point out is that this, like the Feiton Powerpass, is going to last until June 30, 2022. So, be sure to get the most out of it before it expires.