I Need A Favor is one of the side missions in Mafia 3. It is given out by Vito Scaletta – your underboss and the protagonist of the previous game. It involves killing off several people from his past, all tied to an incident that cause him much grief. It’s pretty straightforward, but you can get stuck in a couple of places. In this guide, we’re going to show you how to start I Need A Favor side mission in Mafia 3, how to complete it. 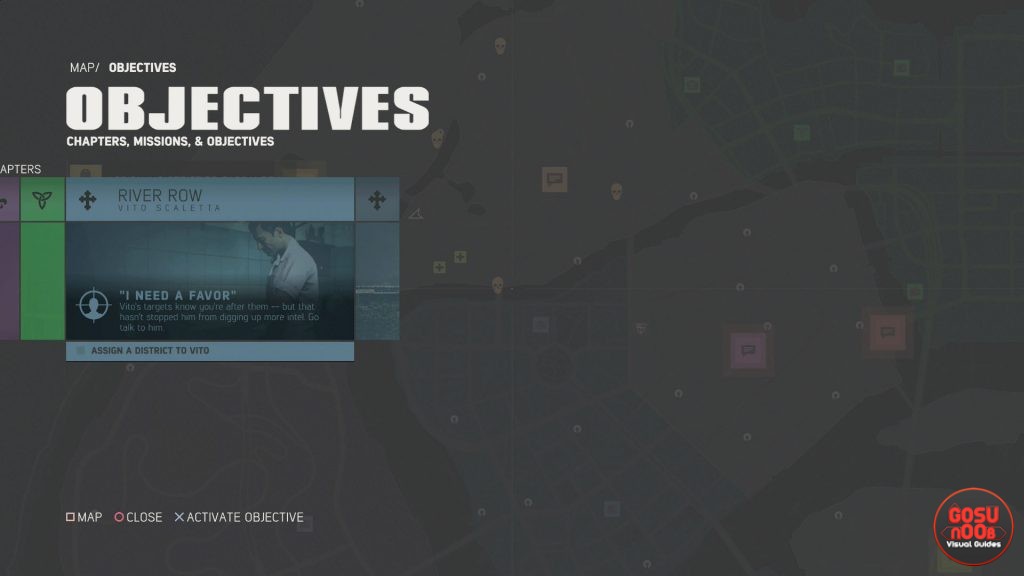 In order to unlock this mission, you’ll have to finish the Emotional Attachment main story mission.

Before you can kill Lucky, you’ll have to find out more about him – like where he’s holed up. This can be done by interrogating Stan “The Face” Caramanci, Albert Pinto and Scott “Ginger” Roget. All three are former associates of his. They’ll tell you where to find him – at a gas station in the northern part of town. Once that’s done, go back to Vito. You’ll have to give him another district before you can proceed.

Like with the first target, you’ll have to talk to some people before you can proceed. In this case, you’re looking for Mikey “Patch” Venditti, Edgar “Smokey” Berlusconi, Leonard Ferrante, all memebers of a crew Nestor used to run with. Once you’re done, you’ll find him in an alley in River Row. There will be a couple of people with him, but getting rid of him shouldn’t be a problem.

Paulie’s more straightforward – you won’t need help finding out where he is. On the flispide, he knows someone’s coming for him, so he’s going to be alert. He can be found in a cemetery in River Row, guarded by a dozen or so well armed cronies. At this point, you’ll have to assign Vito another district in order to continue.

Luca Guidi is hidden in a large garage, and there’s quite a few people guarding him. You’ll need to interrogate only one person before you get his location. Buying tac-armor before going after him wouldn’t be a bad idea, unless you’re planing a stealthy kill.

The last one is Dario Murtas. You’ll get his location from Vito right away, so you can go to the Bayou and deal with him without much preparation. Once he’s dead, Vito will tell you a bit about Joe Barbaro and what supposedly happened to him after the events of the previous game.

NEXT POSTAshes of Ariandel DLC – How to start | Dark Souls 3