Mafia 3 Shipped 4.5 Million Copies in the first week on the market. That puts it above Bioshock, Borderlands and NBA 2k Franchises. Those are all great titles and hopefully we will see that record broken again with some new release in the future. 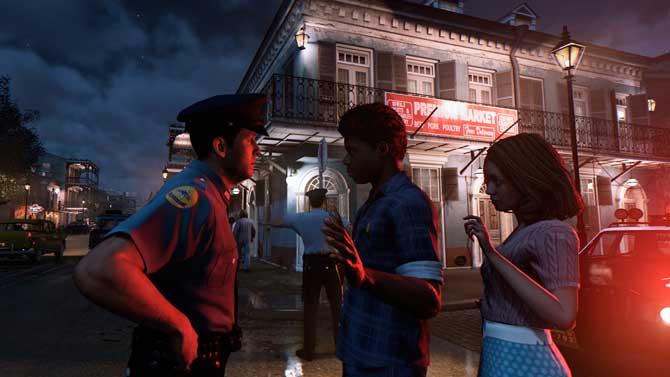 Keep in mind that 4,5 million copies were sold to retailers, not actual consumers, but in general retailers don’t take too many extra copies above the sales plan.

Mafia 3 followed the success of the previous Mafia titles, which made the whole Mafia franchise great. All 3 of them have a great story and memorable characters, and interestingly, they are all slightly connected, even though each one of them takes place in a different time period.
Vito Scalleta from Mafia 2 plays a significant role in Mafia 3’s story, and if you’ve played Mafia 2 you definitely remember the scene with Tommy Angelo, the protagonist from the first game.

For those of you that don’t know, Mafia 3 is an action adventure third-person game, set in 1960’s fictional city of New Bordeaux. You play as Lincoln Clay, a Vietnam war veteran, seeking revenge for the deaths of his friends and family. Mafia 3 is a really good game, but at times it can be a bit dull and repetitive because of the mission design.
As in previous Mafia games, Mafia 3 features a great soundtrack with over 100 different songs from different genres. They are all selected to represent the 1960’s atmosphere as you play the game, making the world around you more immersive.

Mafia 3 is definitely worth checking out if you still haven’t, and future DLC and updates will make it even better.Have you tried Mafia 3 and how did you like the atmosphere in the city of New Bordeaux? Can any other 2k title break this record? Let’s start a discussion in the comments section.