A Trail of Hope is a main mission in Mass Effect Andromeda. In it, you’ll have to gain the trust of the angaran people, in order to get their help. One of the branches of the quest involves working with the resistance on Voeld and infiltrating a kett facility. There’s a tough choice to be made near the end. In this guide, we’ll show you how to complete Mass Effect Andromeda A Trail of Hope quest, what happens when you destroy the facility or save the angara.

We recommend taking Jaal along for the ride. There’s some nice input from him in the end, making the choice even tougher. Most of the mission consists of fighting through the facility and having conversations with Jaal and the resistance fighters. The first potentially troublesome part is the Cardinal boss fight.

How to defeat the Cardinal 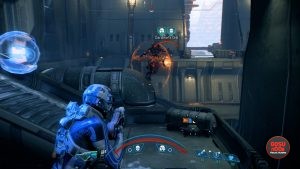 The Cardinal floats around the arena, constantly summoning minions to help him. He has an orb floating around him, which generates a shield that’s impossible to break through. The easiest way to kill him is to save up your powers and focus your fire on the orb. Once the shield is down, command your allies to shoot him, and unleash everything you’ve got. The shield will regenerate after a while, so you’ll have to repeat this several times. Once the Cardinal is down, it’s time for the final choice. 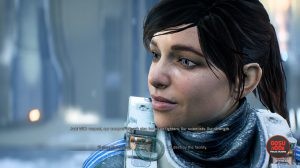 If you choose to blow up the facility, the imprisoned angara will die as well. Moshae Sjefa will support this decision, but Jaal will be disappointed in you. You’ll get no manpower from the resistance during your final battle. 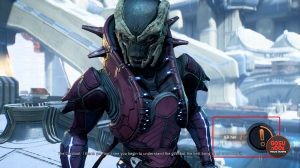 If you decide to let the facility stand, the Cardinal agrees to release the angara. Jaal will be thankful, but Moshae will resent you for it – and she’ll make that perfectly clear in the aftermath. After the prisoners have been freed, you’ll have a quick time event allowing you to go back on your word and kill the Cardinal on the spot. The resistance will be grateful, and they’ll send their people to help in your final battle.