Sunbreak is the latest DLC expansion for Monster Hunter Rise. Apart from adding a brand-new area to the game, it also adds many other things to the game, including (naturally) new monsters, characters, missions, and, of course, new weapons. Though an abundance of new gear such as this always poses a new question. Namely – what to wield? Well, the Royal Order Great Sword is an absolutely fantastic weapon, one that you will definitely want to get. This guide is here to explain how to unlock the Royal Order Greatsword in MHR Sunbreak. 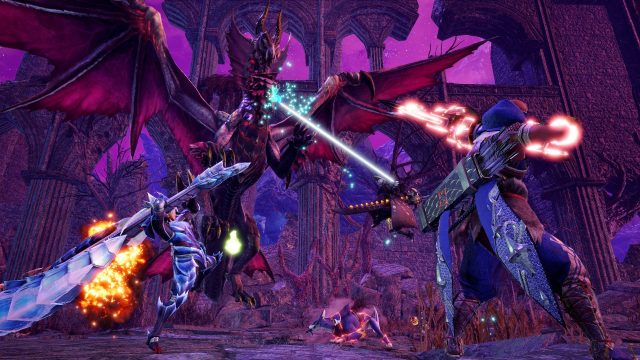 How to Get Royal Order Greatsword in Monster Hunter Rise Sunbreak

The Royal Order Great Sword is one of the gear pieces that you can get from Admiral Galleus. Being the leader of the Elgado Outpost, he is one of the most prominent characters in MHR Sunbreak. He can be found at the Command Post there. Before you can get the quest which will lead you to receive the Royal Order Greatword, you will first need to complete Malzeno’s Master Rank 5 Urgent Quest, “Witness by Moonlight”. After that, you can then take on Admiral Galleus’ Follower Collab Quest which is called “Burning Air, Trembling Earth”. This quest requires that you hunt down a Rathalos and a Tigrex with Admiral Galleus by your side.

This is a pretty difficult hunt, but with Admiral Galleus accompanying you, you should be able to take down these monsters. Once you have done that, speak with Admiral Galleus again and you will get the Weapon Design that allows you to craft the Royal Order Greatsword itself. To do this, you will need the following components: x57000 Zenny, x1 Royal Order Certificate III, x5 Eltalite Ore, x2 Bazelgeuse Hardclaw, and x3 Centuria Ore. Once you craft it, you will have one of the best weapons in the game.