While only out for a few short months, New World has already seen its fair share of controversy. The newest issue comes in the form of the Trading Post being disabled in New World, due to an exploit that had allowed players to duplicate Trophy items and sell them again and again. Naturally, this allowed certain players who used this gold dupe exploit to amass a lot of gold quickly, destabilizing the game’s economy. In this New World Coin Transfer Disabled – Update guide, we will take a look at this entire unfortunate event. 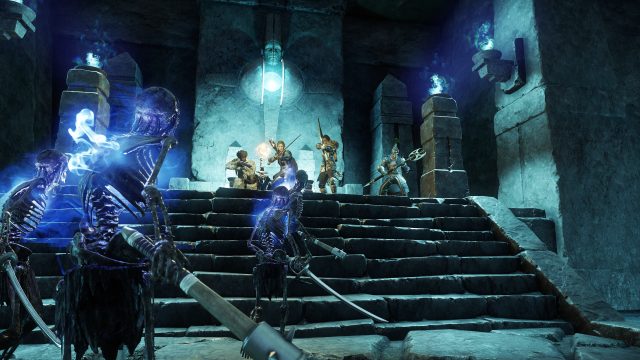 Why Has Trading Been Disabled in New World

To quote the Community Manager for New World: “Bad actors discovered through packet manipulation, a bug that allowed players to duplicate in-game coin and resources – a similar attack against a different game system was also recently used in housing. Together for these exploits we have permanently banned over 1200 players, removing their items from the economy, and cancelling their trade post listings. We took decisive action against obvious bad actors with a first pass on November 2nd, permanently banning accounts of the most egregious offenders which eliminated over 80% of duped Coin and item value from the economy.”

Currently, the Trading Post is still disabled in the game and there is still no official confirmation of when it will be enabled again. It’s very likely that it won’t be turned on again before it gets fixed – either in the next update or a hotfix. Either way, we have to point out that Amazon does not take things such as this lightly, and that over a thousand players that have used this exploit have already been permanently banned. In the future, if you encounter a similar exploit such as this one – do not try to abuse it, or even experiment with it. Your entire New World account could be on the line.