Almost every game has glitches and exploits, and MMOs are especially prominent in this regard. The newest problem that everyone is talking about is the Invincibility Glitch exploit in New World. This invincibility PvP exploit in New World is causing many problems, since players have figured out how to use it as a war exploit. They can stand around and not take any damage, capturing control points with ease. As New World revolves around the battles of three factions vying for control of territory, having a player – or multiple players – that utilize this exploit and are essentially immune to all and any damage, they will most likely end up victorious in battles against other players. In this New World Exploit – Invincibility Glitch guide, we will cover everything that we currently know about this glitch exploit. 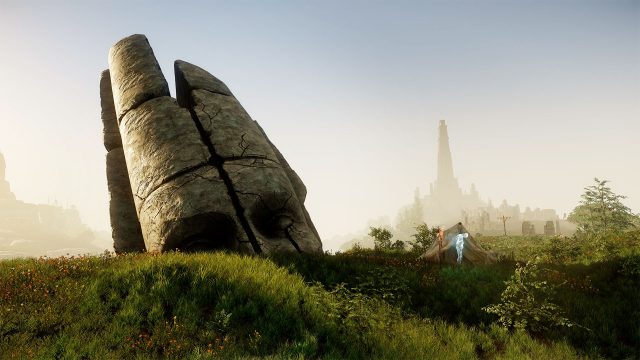 This particular invincibility war exploit in New World renders players immune to damage, but also incapable of moving. So even though it is very harmful to the spirit of the game and the community it is trying to foster, it still isn’t a full-blown God Mode cheat. Twitter user Gothalion brought attention to this exploit, and even tagged the New World Twitter account to notify them about it. His advice for the developers is to either temporarily disable the faction wars feature, or to perform emergency maintenance to get rid of this bug. In any case, the developers are definitely aware of this Invincibility Glitch Exploit now, and will almost surely patch it out soon, since it is very bad for the game.

If you are finding it hard to play the game due to the number of players abusing this invincibility PvP exploit in New World, taking a break from the game until it is once again in a playable state could be the best course of action. We hope that this will happen sooner rather than later.

Hey, @playnewworld with the several invincibility via latency bugs floating around, you need to disable wars ASAP or do emergency maintenance. Too much of the game revolves around territory and too many players are willing to exploit.

They are too simple to recreate.