New World is a new MMORPG developed by Amazon Games and being part of the Amazon family it has a special Twitch drop called Golden Rage armor skin. This is a very cool looking skin you can apply to any armor in the game. Since both Twitch and New World are owned and operated by Amazon it was only natural the integration would be high. You can connect to your Twitch account right from the game. This enables people in the game see how many viewers on Twitch you have currently. This also means that we will be seeing some pretty cool Twitch Drops for New World. We’ll explain how to get Golden Rage armor skin Twitch drop for New World closed beta. 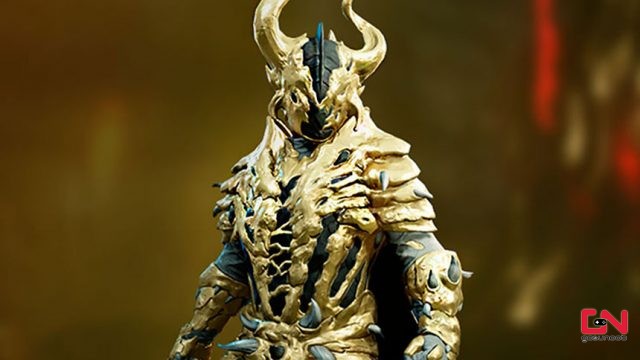 How to get Golden Rage armor skin Twitch drop for New World?

First of all you need to have a Twitch account. You will also need to link your New World account with Twitch. You’ll also have to connect your Steam account with Twitch. All of this is done on the official Golden Rage armors skin Twitch Drop page for New World. Once you go through that process. You will have to watch a participating streamer play New World on Twitch for one hour next. Find a list of participating streamers on Twitch if you click here.

You can see all details about this Twitch drop and your progress of earning it by visiting this Twitch page. There you’ll also find a link towards your personal progress to the drop. (meaning how much more time you have to spend watching to earn the reward). The whole process seems a bit convoluted at first, but it’s quite easy.

After you went through the process described above you’ll be able to apply the Golden Rage skin to any armor in the game. This will be available once the game launches on August 31st 2021. In the game go to your inventory and click on any piece of armor you are wearing. The bottommost option is called skin. Click on it. This will open the armor skin applying window and you should have the Golden rage as an option.