Do you remember Alex Kidd? The dude was Sega’s mascot during the 80s. He had a quite popular game, made for the Sega Master System back in 1986. The game became popular so Sega decided to include with every Sega Master System and Master System II (basically Master System version for Europe). The character got popular, his game received plenty of traction thanks to being included with every console, and then he disappeared from the radar. Sega released its Sega Mega Drive (that’s Sega Genesis for all your living in America and Canada) console and one game got so popular that its main character became the new Sega mascot. Yup, it was Sonic. Alex Kidd was forgotten until 2020 when someone decided to create a remake of the first Alex Kidd game. 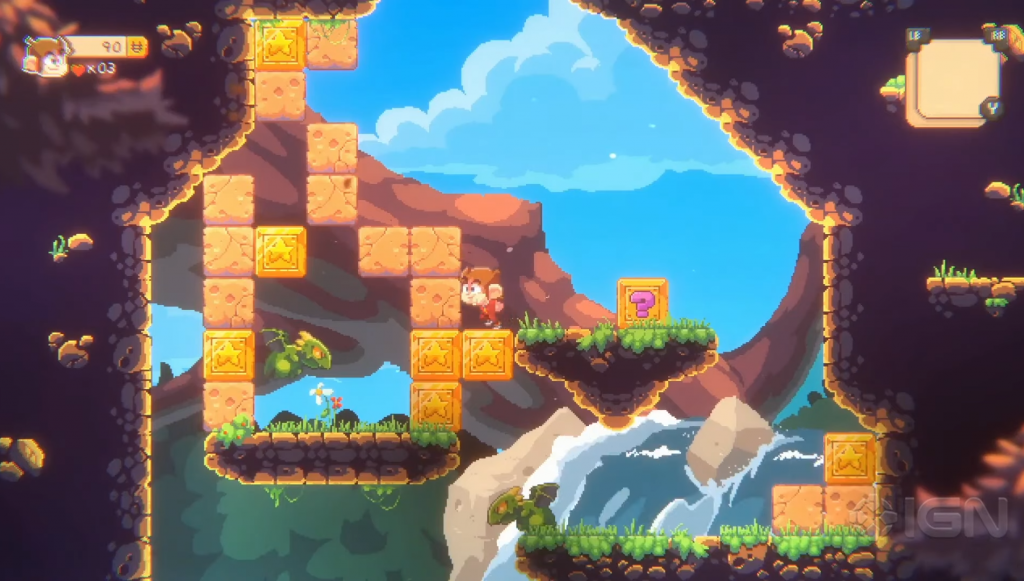 From the trailer, the game looks amazing. Alex Kidd looks better than ever, environments are filled with details and warm colors, the animation is superb, and pixel art graphics looks stunning. There’s something that makes the game cute as hell. Probably the combination of light pixel art visuals and warm and saturated colors. The good thing is that, for us old enough to remember the original, developers left the classic mode. The classic mode is activated with one button and it transforms the game into its original visuals momentarily. The original visuals look rough but activate 80s nostalgia.

Alex Kidd remake doesn’t only bring new visuals. The game will feature new levels as well as new game modes. There are also redesigned boss fights as well as brand new boss rush mode. Cool visuals combined with old-school gameplay look like a perfect combo. The game is set for release on PC, Xbox, PlayStation, and Nintendo consoles, according to IGN. It looks like the game will land both on the PlayStation 5 and Xbox Series X. The only thing we don’t know is when does the game come out. Fingers crossed its later this year.