Chivalry 2 is shaping up to be a worthy successor to the amazing original. The first game made first-person melee combat more enjoyable than ever, with noticeably improved combat compared to Age of Chivalry, a Half-Life 2 mod from which it all started. The second game in the series will bring detailed visuals based on the Unreal 4 engine, massive scale of battles, and deep character customization. Another thing Chivalry 2 comes with is cross-play multiplayer across all versions of the game. 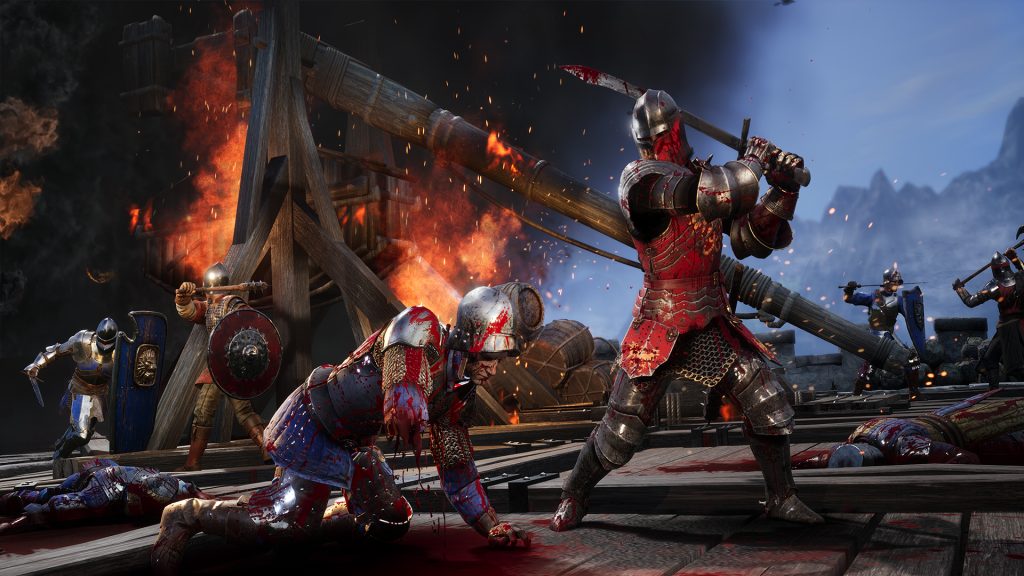 The game will release for PC (Epic Games Store exclusive), PlayStation 4, and Xbox One later this year. It’ll also land on the PlayStation 5 and the Xbox Series X. And cross-play features will be enabled on PC and both on current and next-gen consoles from day one. “The epic medieval battles in Chivalry 2 deserve an equally massive player-base,” said Torn Banner Studios’ President Steve Piggott. “We can’t wait for gamers across the world on all five platforms to clash steel and experience the greatest melee combat system ever, together.”

Aside from cross-play, beautiful visuals, massive battles, and in-depth character customization Chivalry 2 also features an improved combat system. Developers claim that players will be able to fight multiple foes at the same time. Further, the combination of real-time strikes and free-flowing combos should allow for a deep combat system. One that awards creativity as much as high level of skill and perfectly landed blows. Battles will take place on massive maps that will include “a variety of heavy siege engines including Ballistae, Catapults, Trebuchet, Battering Rams, Mantlets, Spike Traps, Ladders and more.” Another interesting thing is that you’ll be able to fight on despite losing a limb or being set on fire. We can’t wait for players to recreate the Black Knight scene from Monty Python and the Holy Grail.

PREVIOUS POSTAlex Kidd Is Back In Miracle World DX