Is there cross-progression in Apex Legends on PS4, Xbox, Switch & PC? Three years have passed since the launch of Apex Legends. And despite being a planetary hit with millions of daily players, the battle royale still lacks some core features. One of the most sought-after functionalities is cross-progression between PlayStation, Xbox, PC, and Switch versions of the game. In this article, you’ll learn about Apex Legends account merging, cross-progression release date, and what you will be able to carry over once the feature releases. 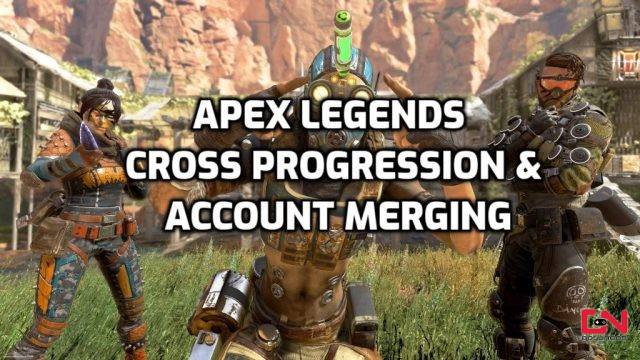 When is cross-progression coming to Apex Legends?

No, unfortunately, Apex Legends still doesn’t support cross progression and account merging in 2022. Cross-platform progression has been one of the most highly requested features from the community since the game’s release. It’s been more than three years since Apex Legends has released, and the feature is seemingly not yet on the horizon. In 2022 gamers are able to play Apex on all major platforms, from Steam on PC to their mobile devices. For the player base, it is unacceptable that they are not able to carry over their progress from one platform to another.

In modern gaming, progression carryover is practically a standard feature for all Games as a Service (GaaS) games. Especially for free-to-play live service titles such as Apex Legends. Thus, for Apex players it’s rather frustrating that they need to have separate accounts for each platform instead of one unique account. Cross-progression support would allow you to have all your unlocks, skins, progress, ranks, and other content available seamlessly on all platforms with just one account.

The only currently available cross-progression is on PC between Steam and Origin platforms. However, you can not carry over your content and merge your Apex accounts between PC and console. Also, you are not able to transfer Apex Legends accounts between PlayStation 4/5, Xbox consoles, and the Nintendo Switch.

Respawn developers have been “looking for options” in this regard at least since October 2020, when they confirmed they are looking into it ahead of the Steam release. However, almost two years have passed since, and the feature is nowhere to be seen. They have touched on this topic several times since then, always reassuring the community that the feature is being worked on.

In a developer AMA session on Reddit from August 2021, Apex Legends’ now-former director of communications, Ryan K. Rigney, claimed that the feature is coming “next year”(2022). He explained that it is taking them so much time because it’s something really hard to implement properly due to all the intricacies of different platforms.

“Cross progression is gnarly as hell in terms of being a problem to solve,” he wrote. “It’s not only that you have to solve the technical challenge of merging existing accounts, but there are also legal and contractual issues to navigate with purchasing on other platforms. Different regions have different laws. It’s a mess. But we’re working on it, and we’re committed to delivering it.”

In December of 2021, Josh Medina, senior producer on Apex Legends, said that cross-progression is “in progress”. Seemingly confirming that the feature will finally come to Apex in 2022. However, as of Season 14 and September 2022, Apex Legends still doesn’t have progression carryover and account merging between PC and console. For now, that’s all we know in regards to Apex Legends cross-platform carryover and account merging. As you can see, the feature has been in the works for years, but it’s apparently causing a lot of headaches for developers. We will update the article regularly with new information.