Bloodhunt is one of the more unique battle royale games that have emerged in this oversaturated market in the last couple of years. It combines the famous Vampire: The Masquerade setting with a battle royale genre. Being set to launch on both the PS5 and PC, developers Sharkmob has recently shared details about crossplay and cross-progression in Bloodhunt. Here is how cross-platform work in Bloodhunt. 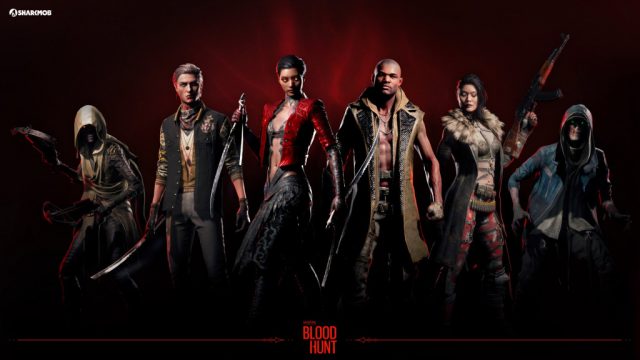 Bloodhunt releases for PC and PS5

Bloodhunt Crossplay Between PS5 and PC

Let’s start with some good news. Vampire: The Masquerade – Bloodhunt will have cross-platform support from the get-go. The game was initially released only on PC via Steam but was later developed for the PS5 as well. The community had some concerns about it mostly in regard to potentially splitting the player base. Well, you don’t need to worry about that anymore. You will be able to play seamlessly with players from the other platform.

Unfortunately, there are some limitations. Most players love cross-platform support because they want to team up with friends who game on other platforms. That won’t be possible here. In the Elysium, which is the game’s lobby, you will be able to group up only with players from the same platform as yours. The cross-play part kicks in only after you enter the Prague map.

This essentially means that crossplay is enabled for random matchmaking, but not when you want to join with your friends in a lobby. It’s unfortunate, but there’s hope that devs will change in the future.

Bloodhunt Cross-progression Between PS5 and PC

When it comes to cross-progression, Bloodhunt doesn’t support it. Being a free-to-play game, you can use a single Sharkmob account on both PC and the PS5. But, all your rewards, unlocks, purchased cosmetics, and other content will be tracked separately for each platform. Despite using a single account, the game sees your PC and PS5 progress as two separate things. This is likely because Sony wants to protect its platform and microtransactions on it.

Speaking of PlayStation protection, one final thing you should know is that you can always turn off crossplay on the PS5 if you wish so. Disabling crossplay is available in the options menu on your PS5. Though, this could result in slower matchmaking times, due to a smaller pool of players.