Even though it was released way back in 2018, Bloons TD 6 is still a very popular game today. There are several reasons for this. The most important element here is its highly addictive gameplay that combines classic Tower Defense elements with cute graphics and plenty of options. The second reason for Bloons TD 6’s enduring popularity is the fact that it is still getting regular updates. Of course, like with every other game, sometimes these updates will break things that have previously worked as intended. Such is the case with the latest update to Bloons TD 6, which caused the hotkeys not to work anymore. If you are experiencing this issue, then we are here to help you with the fix for the Bloons TD 6 hotkeys not working problem. 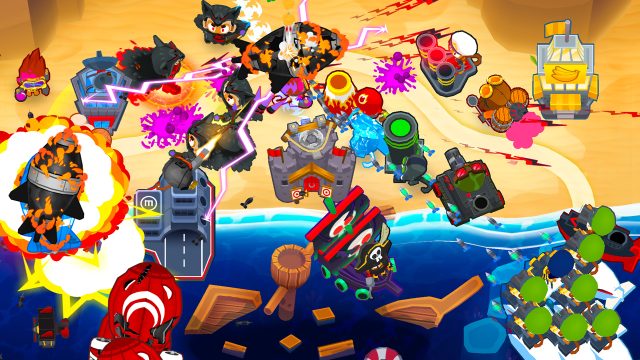 How to Fix Hotkeys Not Working in Bloons TD 6

After the latest update to Bloons TD 6, many players have discovered that their hotkeys no longer worked in the game. For most of these cases, this was caused by using the Alt + Tab command. Regardless if you have pressed this deliberately or absentmindedly by accident, the result is the same – the hotkeys stopped working. Since we all know how important hotkeys can be, this is, understandably, a very big issue. But is there some way you can fix this? Luckily for us, several methods to resolve this have been discovered by diligent players. Here are all of them.

The first thing you should try is to press Ctrl + Alt. This disables and then re-enables hotkeys. If that isn’t doing the job, you should then also try to press Alt + Enter twice. Another suggestion is to press and hold Alt + Tab and then click on the logo of BTD6. Finally, if none of these are helping, the only thing left is to restart the game.