Season 5 for COD Mobile is almost here and we have the exact date & time when it will go live. This newest Season is named “In Deep Water” and it will bring the usual new additions to the game: new guns, maps, events, and the like to COD Mobile. Fans can also look forward to some weapon rebalancing, as well as bug fixes. Our COD Mobile Season 5 Release Date & Time will tell you everything you need to know about this newest season – including when it will be released. So, let’s get into it. 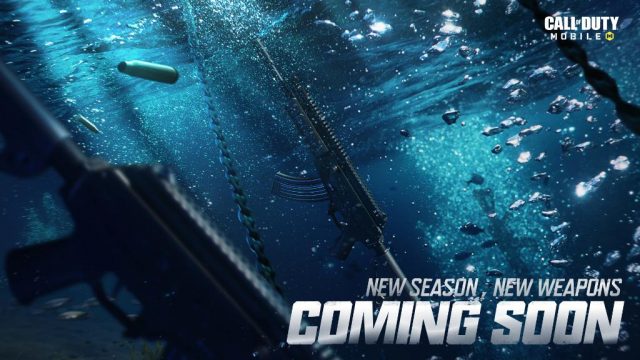 When is The COD Mobile Season 5 Release Date

Season 5 of COD Mobile: In Deep Water, is going to launch on June 28, 2021, at 5:00 p.m. (PDT). Of course, with a new season, a new Battle Pass is also going to become available. Some of the new additions include the CR-56 AMAX (an Assault Rifle class weapon) and the Shorty Shotgun, a short barrel variant of the 725. Three new maps are likewise on the way. These are based on classic COD: Modern Warfare Maps. They are: Aniyah Incursion, Suldal Harbor, and Docks. There are two new Multiplayer modes – Ground Mission and Cranked: Confirmed. A new green perk called Gung-Ho is also on the way.

The most significant addition is probably the New Operator Kill which takes the form of a K9 unit. You will get this is a free reward once you reach Battle Pass Tier 14. With this skill, you will get a canine ally who will help you take down your enemies. A themed event called “Sea of Steel” will take place during this season. It looks like it will be similar to Season 3’s event – “Warrior’s Path.” In special “Sea of Steel” daily missions, players will be able to get points that will grant them rewards. That’s all we currently know concerning COD Mobile Season 5 Release Date & Time. We will keep you updated as soon as new info is released.