Is Diablo 3 cross-platform? The popular hack-and-slash action RPG has been around for 10 years and it is still one of the most popular action RPGs out there. Since its release back in 2012, Diablo III has been ported to the PS3 and Xbox 360 in September 2013, PlayStation 4 and Xbox One in August 2014, and Nintendo Switch in November 2018. It was the first Diablo game to be available on so many systems, and yet one crucial feature has been missing. Namely, Diablo wasn’t released with cross-platform and crossplay support. What is the state of Diablo 3 crossplay support in 2022? Here’s what you should know about it. 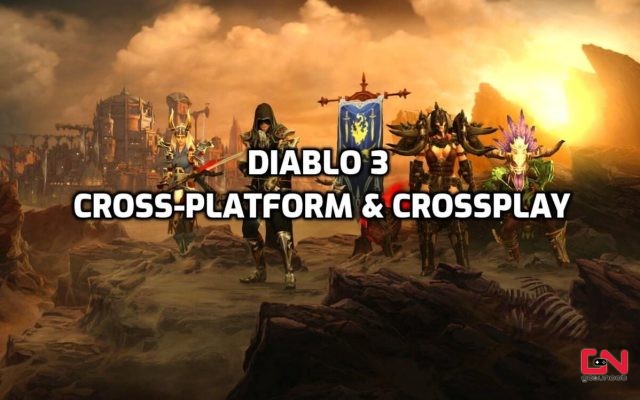 Can you Play Diablo 3 Cross-Platform on PC, Xbox, PlayStation, & Switch?

We will not beat around the bush here and will cut right to the chase. No, unfortunately, Diablo 3 still doesn’t have crossplay in 2022. Thus, when it comes to online multiplayer, you are only able to play with other players from your platform. PC players can only join forces or play PvP with other PC players. Those who play Diablo 3 on the Switch can only play between themselves, etc.

However, cross-gen play is supported. This means that if your friend plays on the PS3, and you game on the PS4, you are able to play together. The same goes for Xbox 360 and Xbox One. Unfortunately, the same can not be said for the PS5 and Xbox Series X. Diablo III: Ultimate Evil Edition is backwards compatible, but it does not support cross-gen play with older generations of consoles.

When will Diablo 3 get Cross-Platform and Crossplay Support?

Back when the game was released on the Nintendo Switch in 2018, there was still hope for cross-platform. In a 2018 interview with Business Insider, Blizzard openly stated that “it’s a question of when, not if,” speaking of crossplay. Unfortunately, this statement was quickly retracted following this interview. In an official statement Blizzard refuted this by saying, “While we love the idea of bringing our players together across platforms, we do not have any plans to implement cross-platform gameplay for Diablo at this time.

So, what are the chances that we will eventually see crossplay in Diablo 3? To be perfectly frank – rather weak. Diablo 3 is already a 10-year-old game, and enabling cross-platform support requires significant resources. Those resources are now focused on the development of other games. We already know that Diablo IV will feature full crossplay support. In conclusion, don’t expect to ever see it in Diablo 3.

How to Breed Schmoochle My Singing Monsters 2023

If you want to know how to breed Schmoochle in My Singing Monsters in 2023,…