Don’t know when is Diablo 3 Season 27 starting on Xbox and PlayStation consoles? Season 27, Light’s Calling, is finally here and it comes with an abundance of new content for players to dive into. From new cosmetic rewards, Journey Rewards, Season Conquest, Haedrig’s Gift, and so on. The new Diablo 3 season should now be live in Asia and Europe. However, Diablo 3 console players from these regions still can not access the new content. Has the new season started on consoles? Here’s when is Diablo 3 Season 27 launching on Xbox, PlayStation, and Switch consoles. 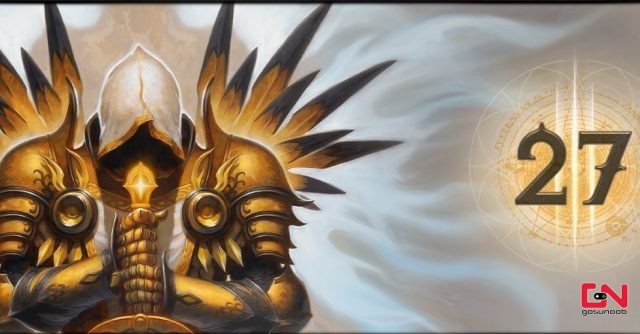 According to the official blog post by Blizzard about Light’s Calling, the new Diablo season should kick off on Friday, August 26, 2022, at 5 pm CEST / 5 pm PDT / 5 pm KST. However, this information was only partially correct. These launch times for the new season are true when it comes to the PC version of the game. On the PC, Season 27 will launch at 5 pm local time in all major regions. Thus, players in Asia and Europe should already be able to play the game’s newest season.

However, when it comes to consoles, this turns out not to be the case. Namely, Diablo 3 on PlayStation, Xbox, and Switch consoles operates under the PT time zone. Thus, no matter from which region you are playing the game, it will launch according to the NA launch time. Diablo 3 Season 27 on Xbox and PlayStation starts at 5 pm PT / 8 pm ET on August 26, which is August 27th in Europe, at 2 am CEST / 1 am BST. So there you have it now you know at what time Diablo 3 Season 27 launches on consoles. You will simply have to wait a little bit longer. The good news is that it’s Friday and you can pull an all-nighter if you wish so. That is, if you don’t have work to do on Saturday.

NEXT POSTShiny Buzzwole in Pokemon GO 2022