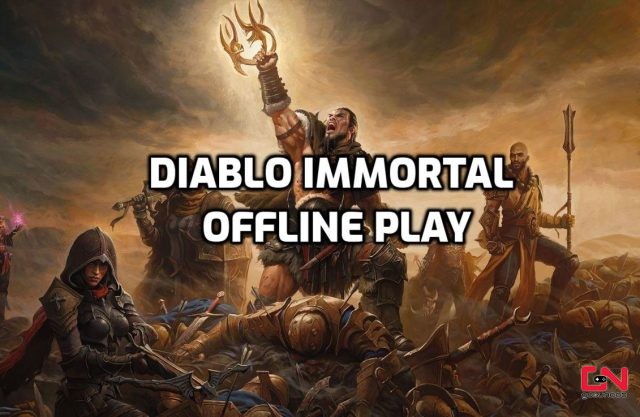 How to play Diablo Immortal Offline?

Can You Play Diablo Immortal Offline?

All previous Diablo games, including Diablo III, can be played offline. This, of course, doesn’t include PvP and other online features, but the core single-player game can be experienced without an active internet connection. Unfortunately, the same can not be said for Diablo Immortal. Diablo Immortal doesn’t support offline play in any form. At its core, Diablo Immortal is designed as an MMO game. This means that whenever you want to play the game, even the campaign, what you are actually doing is joining a server with other players.

Even if you play completely solo and have no intention of doing PvP or co-op, you still need to connect to a server. In fact, some dungeons in the game simply can’t be played solo at all. They are designed to be cleared by a group of people (Warband). The fact that you need to be always online can be problematic for mobile players, due to the instability of your internet connection. Luckily, Diablo Immortal has a reconnection feature. Upon losing connection, you will be given 10 seconds to try to reconnect. If you successfully reconnect, you will be brought back straight where you left. Even if you “normally” leave the game, your character will continue existing on the server. Thus, make sure to always leave the game while in a safe zone!