Looking for Diablo Immortal release date on PS5 and PS4? The action MMORPG launched on June 2nd for mobile devices and PC. While initially planned as a mobile-exclusive title, Blizzard eventually announced that the game is set to come to the PC as well. Given that this sudden change was announced just two months before the release, many console gamers hope this means that the game will eventually release on their consoles as well. Here’s what we know about the Diablo Immortal release date on PlayStation consoles. 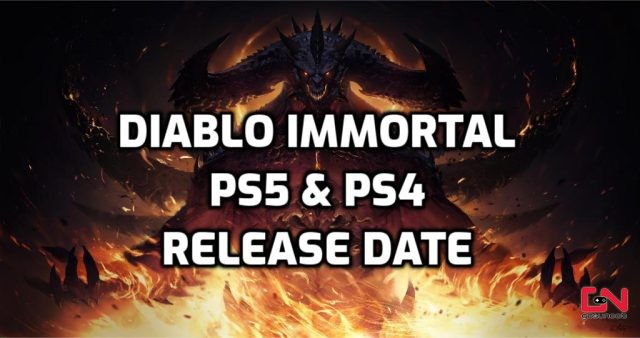 The good news is that many of the game’s systems are designed in a way that could be easily ported to consoles. In fact, the game supports a vast array of controllers right from the get-go. And it feels quite good to play Diablo Immortal with a controller. Unlike older Diablo games, movement in Diablo Immortal is designed for WASD buttons on PC, due to the nature of movement on mobile. Thus, it feels great to use joysticks for movement on a controller. The same goes for spell casting, which might feel weird in older Diablo games, designed for keyboard and mouse.

Both the DualShock 4 and the DualSense are officially supported controllers. And they work flawlessly with Diablo Immortal. When we take all these facts into consideration, we strongly believe that Diablo Immortal will eventually release on consoles. Both Diablo 3 and Diablo II: Resurrected are already available on PlayStation 5 and PlayStation 4. And yet-to-be-released Diablo IV will also launch on PS4 and PS5 on Day One. Ultimately, in regards to Diablo Immortal’s release to Sony’s consoles, we think that the question is not if but when. When Blizzard shares more details, we will make sure to update the article. For now, that’s all we know about the topic.