If you are looking for how to sign up for World of Warcraft: Dragonflight Beta testing, we’ve got you covered! The next WoW expansion has been officially announced, bringing players to the Dragon Isles. The dragonflights of Azeroth have returned to their ancient homeland. Some new, unknown threat has risen, and adventurers are called upon to unravel what’s going on. If you want to be among the first to visit new zones, play as a Dracthyr Evoker, and use the new Dragonflight feature, here’s how to sign up for the WoW Dragonflight beta. 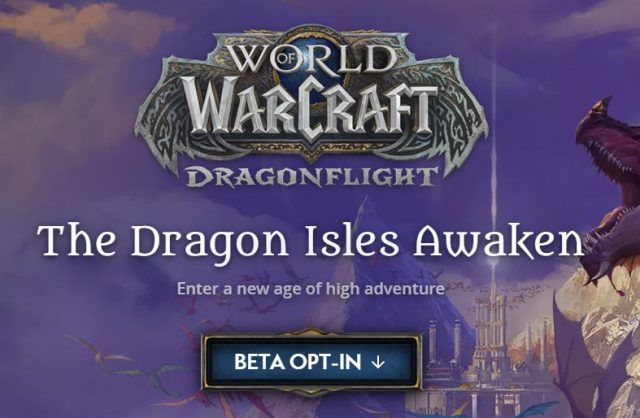 If you are interested in participating in the Dragonflight beta, all you need to do is to opt-in via the official website. This will allow you to test all the new features before the release of Dragonflight. Here’s what you need to do:

Of course, it should be noted that it is not guaranteed that you will be invited to participate. You’ll have a chance to partake in the beta. In addition, you’ll also receive news, updates, and “special offers” from Blizzard by doing this.

When is Dragonflight Beta?

At the time of writing, Blizzard hasn’t yet officially revealed dates for the beta testing. The expansion has just been announced, thus, we expect the beta to come at a later date. However, our estimation is that the first beta test will launch sometime in June. Of course, this is just our assumption, and nothing is official until confirmed by Blizzard. However, given that you can already sign up for the beta, we expect it to start rather soon. With that said, that’s all you need to know about World of Warcraft: Dragonflight beta sign in and dates. For more information, visit the official WoW Dragonflight site.