Besides being a sprawling Science Fiction epic that has been adapted for movie theatres and TV several times, Dune is also very well known in gaming circles as well. In particular, Dune II developed by Westwood Studios and released in 1992, is often credited with single-handedly popularizing the Real-Time Strategy genre and setting a template that all future RTS games would follow. Several other Dune RTS games would follow, but, with the RTS genre not being as popular as it once was, no new high-budget Dune games have been released since 2001. Until now, that is. Dune: Spice Wars is an upcoming RTS with 4x elements and we are here to tell you everything you need to know about it, including when Dune Spice Wars’s release date and Early Access is going to be. 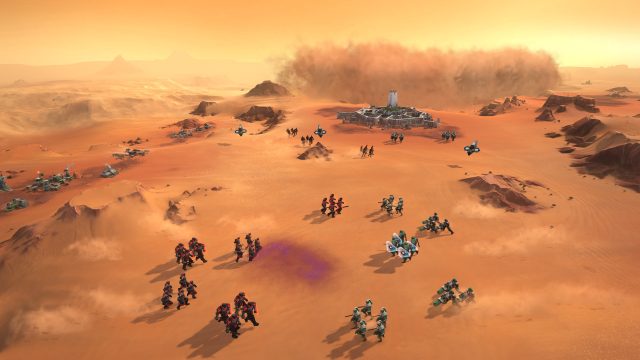 The release date for Dune: Spice Wars still hasn’t been officially confirmed. However, what we do know is that, to quote developer Shiro Games: “Our current estimation is 9 to 12 months depending on how quickly we are able to reach our milestones and implement all of our planned features and content. But there’s no rush, we just want to ensure that whenever the final release may be, the game is exactly where it needs to be.” So, if everything goes according to plan, we can expect to see the full release of this game sometime in early 2023.