After months of ominous silence and countless delays, there is finally some good news for Overwatch 2. The highly-anticipated Overwatch sequel will soon enter its first closed PvP beta. As players are preparing to test new maps and 5v5 format, one question bothers many players who have spent years playing Overwatch. Will your skins, sprays, victory poses, and other cosmetics from Overwatch transfer to Overwatch 2? Here’s what we know. 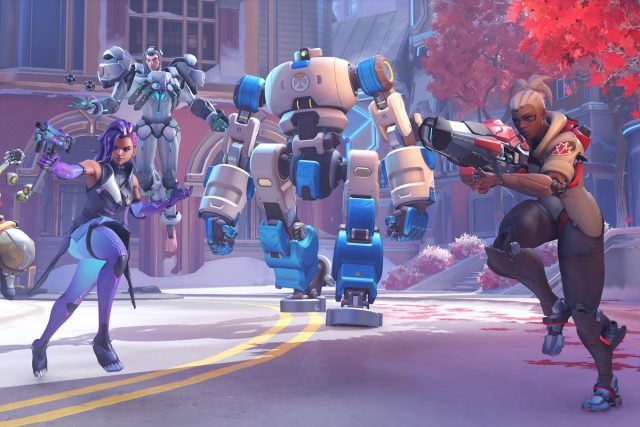 Will Your Overwatch Skins Transfer To Overwatch 2?

If you are worried that all your Overwatch skins will become obsolete once Overwatch 2 launches, you can relax. Blizzard has clearly stated that all your skins, sprays, victory poses, achievements, and other cosmetics are moving with you from OW to OW2. Blizzard first confirmed that back when they announced Overwatch 2 at BlizzCon 2019.

This has been reiterated recently. Talking about the Anniversary Remix event, Community Manager AndyB stated that all skins that players purchase during several Remix events in 2022 will transfer to Overwatch 2 “along with all previously earned skins, sprays, and player icons”.

And this goes both ways. Once Overwatch 2 releases, all skins you earn in OW2 will be useable in Overwatch as well. In addition, all new heroes and maps will be available in OW1. The only thing that will not be available in OW1 is OW2 exclusive content, like hero missions, story content, etc.

So there you have it. If you are planning on switching to Overwatch 2 once it releases, all your progress and cosmetics will carry over with you. In the lead-up to Overwatch 2, Blizzard is planning several Remix events. These events will give players one final chance to grab some of the most popular Overwatch skins, including several “remixed” legendary skins. Make sure to complete the challenges during these events in 2022, and enjoy these news skins both in OW1 and in Overwatch 2 when it launches later this year.