Survival City builders are a relatively new niche known for their brutal difficulty. Games such as Banished, Surviving Mars, and Frostpunk are perfect examples of the genre and soon another title will be joining the herd. Endzone: A World Apart is arriving to Steam Early Access in Spring 2020 and it looks really interesting. 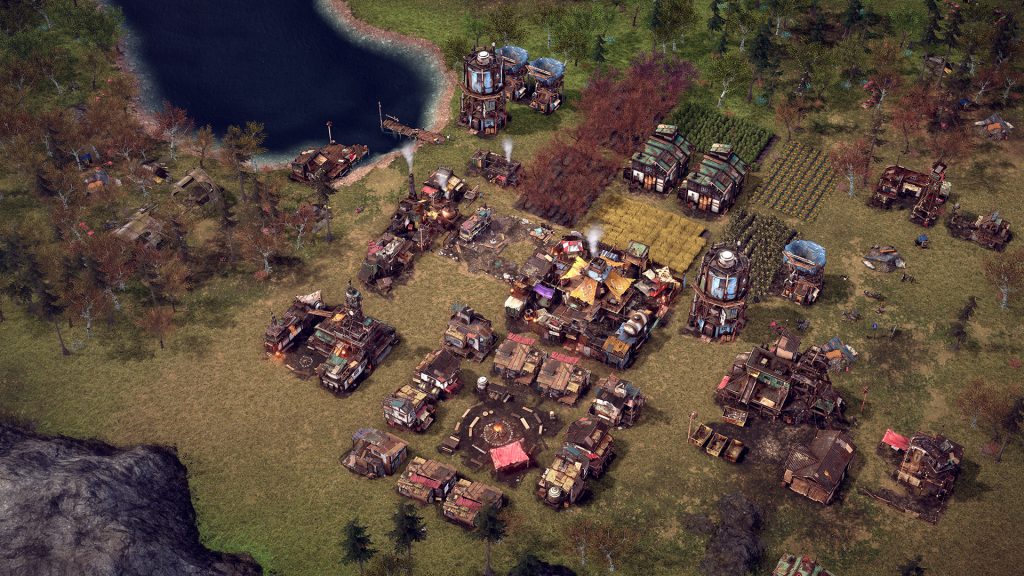 First of all, the setting is somewhat rehashed but not often used in the genre. A devastating nuclear war followed by drastic climate changes banished humanity to the underground. There, remnants of humanity survived for 150 years until it was time for us to repopulate the Earth. This is where Endzone: A World Apart starts. You begin with just a handful of survivors with the goal of building a settlement capable of providing a safe shelter for its inhabitants. We really like the art design. Visuals are a bit rough but buildings and the overall feeling of the game look perfect in sync with its post-apocalyptic background.

Everything you build is made out of salvage and feels like it may collapse at any moment. At the same time, buildings look rather nice and colorful without taking away from the game’s bleak setting. The gameplay also looks promising. You start small and have to provide basic needs such as food and water. You can assign settlers to different roles and professions, depending on your current needs. This creates a flexible gameplay loop that allows players to quickly shift resources depending on the current situation. And as other survival city builders, Endzone: A World Apart hides lots of dangers under its colorful surface.

Drought, sandstorms, and toxic rain can pollute your water and food sources and wreak havoc on your settlement but the main enemy is radiation. It’s always lurking just under the surface, in the form of radioactive rain capable of ruining your water supply. It can also arrive with storms and is present at a certain level all around you. You must watch for radiation exposure at all times since radiation sickness can have devastating effects on your settlement. Endzone: A World Apart looks really promising and original. Many games used nuclear post-apocalypse as backdrop but it’s cool to see a city builder taking place in a devastated, radioactive world. We recommend everyone to check out the trailer above and see the game in action.

PREVIOUS POSTDestiny 2 May Get Cross-Play in the Future, Just Don’t Get Your Hopes Up