Bungie introduced a ton of changes to Destiny 2 in 2019. The start of the year brought news of Bungie breaking off from Activision. Once the studio returned to being independent, Bungie overhauled Destiny 2 with regular season passes. Next, the base game embraced free-to-play model. Destiny 2: New Light debuted on the PC once the game moved from Battle.Net to Steam. Cross-save feature followed the free-to-play model. The move allowed players to transfer their saves between three platforms – PC, PS4, and Xbox One. Cross-play rumors followed every change but Bungie shot them down every time. But now, a recent interview VGC did with the game’s communication director reheated hopes that Destiny 2 might receive cross-play support in the future. 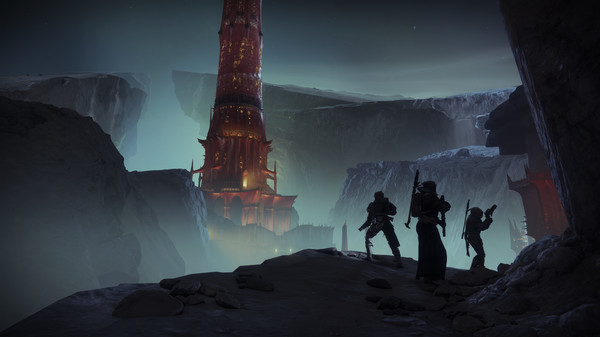 In his interview with VGC, David ‘Deej’ Dague confirmed that Bungie is actively exploring new ways to improve Destiny 2 experience. And, of course, the cross-play function is certainly one of the ways the game could become more accessible. “We’re certainly keen to explore anything that would bring players together so that they can share their experiences,” Dague said. He didn’t make any promises but the general feeling is that yes, Bungie would like to bring full cross-play to Destiny 2. But, the feature is complicated to implement, asking for lots of time and resources. This isn’t the first time Bungie puts the game and cross-play in the same sentence. Earlier this year the studio confirmed that the feature is on their “interested in” list.

Destiny 2 would certainly gain a lot from implementing the cross-play function. After Sony introduced cross-play on the PS4 many games such as Fortnite and Rocket league embraced it. In every case, cross-play support had a noticeably positive impact. Destiny 2 would also definitely benefit from allowing players from all platforms to play together. The interview is worth reading since it tackles other interesting topics regarding the title such as the impact seasonal model had on the game, potential tweaks to PvP modes, next-gen console support, and the effects splitting up with Activision had on Bungie.

NEXT POSTEndzone: A World Apart Is an Interesting Survival City Builder