EVE: Valkyrie is virtual reality multiplayer dogfight shooter set in the Eve Online universe. Since November 17th, the game has been available on Steam, and starting today, the double XP weekend has begun, celebrating the coming of the first three-platform multiplayer VR game onto the biggest gaming PC platform. It is the title that brings out the best out of the VR experience and is instantly fun and fluid from the moment you put on the VR headset. 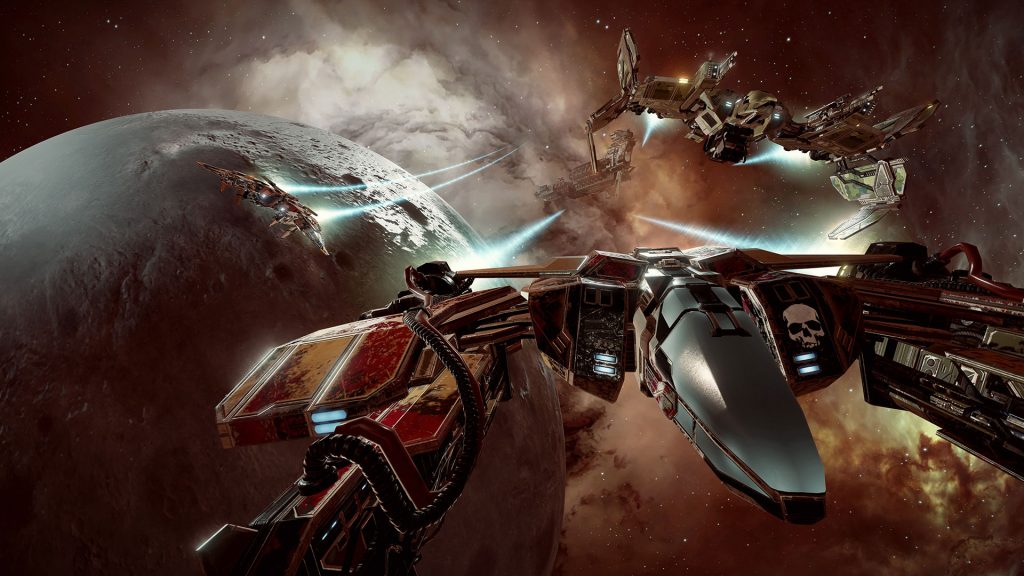 First VR game on all 3 platforms

EVE: Valkyrie was launched in March for the Oculus Rift, and in October for the PlayStation VR. Now, it is also available for the HTC Vive and Steam, becoming a full cross-platform online shooter. The game itself, of course, requires a virtual reality headset.

The game has two game mode options: Chronicles, that can be played in single player, and the other one called Combat, that allows eight by eight combat PvP missions. Now the players on all three platforms can fly with and against each other online.

The game was criticized for the plot and the limitations of the single player mode. In EVE: Valkyrie, you are an elite space fighter pilot who has recently become immortal, and brought back to life by the leader of the breakaway pirate group known as the Valkyrie. As a newly-recruited member of the Valkyrie, you will battle rival pirate factions for wealth, supremacy, and notoriety. It features skill-based character progression and ship upgrades set in the rich EVE Universe with a deep backstory.

So if you want to become an elite fighter pilot and immerse yourself in the virtual reality space combat, gorgeous and immersive AAA visuals and production, check out the Steam page of this game. Other than the VR headset, this game requires a gamepad. It supports Xbox One controllers and Xbox 360 controllers on PC, and is also compatible with HOTAS flight stick controls.

NEXT POSTFFXV Carbuncle – How to unlock it