Carbuncle is one of the summons in Final Fantasy XV. It looks like a small animal with thick, white fur.
▼Article Continues Below▼
This Archaean can be unlocked in a peculiar way, and will aid you in battle by reviving and healing Noctis and his allies. It’s easy to acquire, but also easy to miss, since it’s not obtained in the game, strictly speaking. In this guide, we’re going to show you how to unlock Carbuncle in Final Fantasy XV. 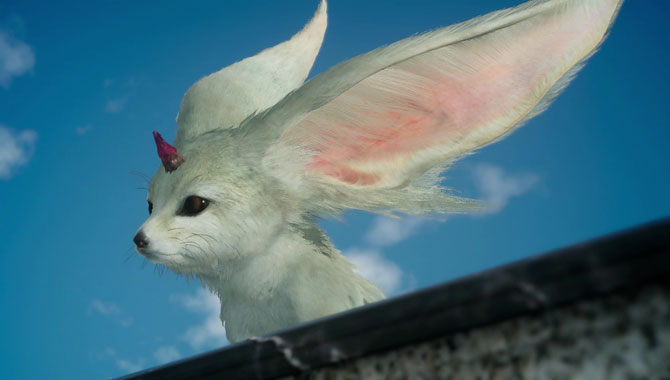 Note: This guide is a work in progress. We’ll update it when the game goes live.

At this point, we only know of one way to unlock Carbuncle in the game. It can be done by playing through the Platinum Demo. In case you’ve missed it, it’s a free prologue that will be available on both consoles until the end of the year, at the very least. In it, you’ll lead kid Noctis through a dream. While exploring the fictional world, you’ll meet with your furry friend. It’ll help you defeat the boss in the demo. After it’s done, you’ll get the chance to name it.

Once the full game launches, you’ll have the chance to recruit Carbuncle as a summon. There might be another way to get it, but it probably won’t be discovered before the game is out. Since the demo won’t be available indefinitely, the developers are probably going to give us another way of obtaining this pet.

When your health goes down enough, Noctis will kneel and try to get his bearings. Carbuncle will be summoned automatically – he’ll run up to the prince and restore his health. This can only happen once per battle, so you won’t be able to abuse it and get infinite health. Once you die a second time, you’ll have to reload.

PREVIOUS POSTEVE: Valkyrie is on Steam