“When is Evil Dead The Game coming out?” is what you are probably wondering right now. Especially if you are as excited as we are about this co-op horror action game. Being the first Evil Dead game since 2005 to be released on PC and console, Saber Interactive’s asymmetrical multiplayer title has many fans of the cult class franchise excited. Read on to learn about the exact Evil Dead The Game launch date and time, as well as when can you pre-load the game, and how much storage you need. 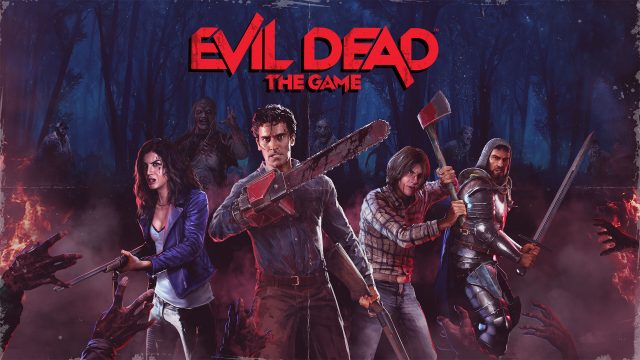 What Time Does Evil Dead The Game Come Out?

Evil Dead The Game is set to be released on Friday, May 13th, 2022. Yup, that’s Friday the 13th, and we are sure it was intentional. Anyway, the release date was a known fact for quite some time, but what about the release time? Well, developers have now revealed that as well. Here’s when the game releases:

The release time is the same for all platforms. This includes PC (via the Epic Games Store), PS4, PS5, Xbox Series X/S, and the Xbox One. In addition, the game is also slated to be released on the Nintendo Switch. However, the release date on this platform is later this year.

The game will become available for pre-load on PlayStation and Xbox consoles starting May 11th. The same goes for the Epic Games Store, where the game will become available for pre-load 48 hours before the release. However, what’s surprising is the fact that the game is relatively light when it comes to the file download size. On PlayStation, the download size is only 4.966 GB (without Day One patch). Similar numbers can be expected on other platforms. Thus, even if you forget to pre-load the game, it will not take you long to download it once it officially releases.

PREVIOUS POSTHow to Get Albatross & Ribbon Seal in Adopt Me

NEXT POSTEvil Dead The Game Down? Check Server Status