When does the FIFA 22 Futties event start? For the second time in a row, the Futties event is set to return in FIFA 22 this summer. Futties has become one of the most popular FIFA Ultimate Team events since its first introduction. It is a community-driven event, as gamers are those who vote for their favourite players. Futties winner players in each category then get special pink-coloured cards with boosted stats. In this article, you’ll learn about the event’s start date, as well as everything else we know about the event. 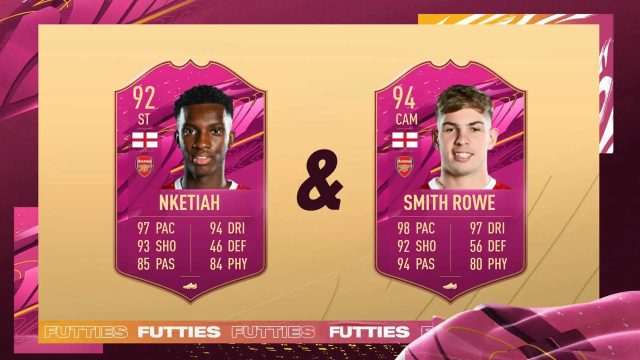 According to the leaked info by a reliable FIFA insider Fut Sheriff, the FIFA 22 Futties event is set to kick off on Friday, July 8 at 10 am PT / 1 pm ET / 6 pm BST / 7 pm CEST. While we don’t have info about the end date, the event usually lasts for around 6 weeks. Thus, we expect it to end sometime in mid-August.

When it comes to leaked players, for now, Fut Sheriff and other reputable leakers haven’t yet shared any info. However, during the FIFA 21 Futties event, Fut Sheriff was a reliable source of information about promo players. Thus, we expect things to be the same once this year’s event kicks off. His leaks during all other FIFA 22 Ultimate Team promo events were spot on, thus we have no doubt that he will provide correct details for the upcoming event as well.

Last year’s Futties event had a total of three batches of FUTTIES players, and we expect something similar this year as well. These are usually some players that were already very popular in the community. But which exactly will they be, that we will find out once leakers start to share more information. For now, that’s all we know about the FIFA 22 Futties event.