The Fortnite Indiana Jones skin has finally arrived in the popular battle royale. The legendary archaeologist has been teased at the start of Fortnite Chapter 3 Season 3, but even before, there were numerous leaks about his eventual release in Fornite. Now when he’s finally here, you’ll need to put some work if you want to unlock all those awesome Indiana-themed cosmetics. This includes Pickaxe, Back Bling, Emote, Spray, Wrap, Indiana Jones Outfit, and much more. Read on to learn how to unlock Indiana Jones skin in Fortnite. 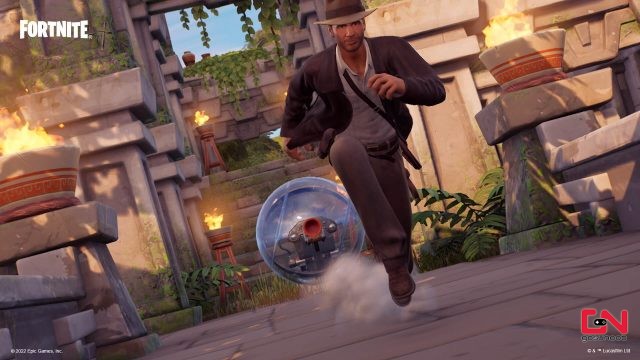 How to Unlock Indiana Jones Skin in Fortnite

Each seasonal battle pass usually has some secret skin which becomes available later during the season. This time around, Epic Games hasn’t bothered to make Jones hidden. Rather, he was simply there but locked with the good old “coming soon” message. And now, with the V21.20 update, hes’ finally available. So, how do you get him?

First thing first, you need to own the latest battle pass. Indiana Jones quests and challenges are tied to the current battle pass. Thus, you will not be able to unlock the skin if you haven’t purchased the premium version of the Chapter 3 Season 3 battle pass. If you have the battle pass, Indiana Jones’ quests will become available to you starting at 3 pm CEST / 2 pm BST / 9 am EST / 6 am PST.

How to Complete Indiana Jones Quests in Fortnite

There are nine Indiana Jones quests/challenges in Fortnite, and each will unlock you a unique Indiana-themed cosmetic item. Completing the first four quests will grant you the regular Indiana Jones skin. And when you complete the quests on page two, you’ll also unlock the bonus Temple Explorer outfit style. Here are all quests and rewards for Indiana Jones in Fortnite: