The Grand Theft Auto: The Trilogy – Definitive Edition, more commonly referred to as the GTA Trilogy, is set to release soon. This graphical spruce-up will consist of the following GTA games: GTA III, Vice City, and San Andreas. These marked the series’ move to 3D, and are the titles that made GTA the open-world powerhouse it is today. As such, it is no wonder that so many fans remember them fondly. The news that they would be getting a modern makeover has made players all over the world eager to once again play their favorite missions and interact with the Trilogy’s many memorable characters. If you want to learn the GTA Trilogy Release Date & Time for your region, keep on reading. 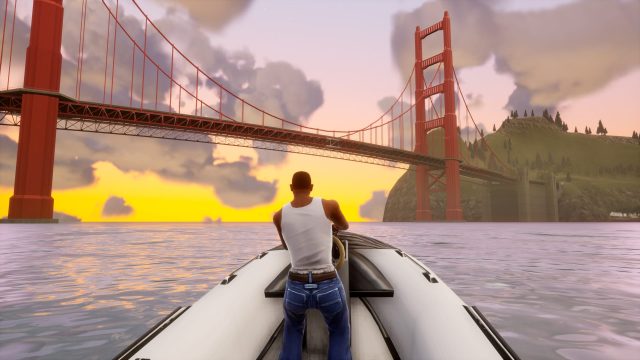 When is the GTA Trilogy Release Date & Time

The GTA Trilogy is set to release on November 11th, 2021. It will get a worldwide simultaneous release on all platforms at the same time: 10am EST / 7am PST / 3pm GMT. The Trilogy features many improvements over the originals. The most striking of these is, of course, the remade visuals. All three games have been transported into the Unreal Engine. The benefits of this are plain to see – higher resolution, improved lighting and shadows, new character, object, and vehicle models, just to name a few.

As of now, November 10th 2021, at 8am EST / 5am PST / 1pm GMT, it appears that PlayStation 4 & 5 players from Australia can access and play the GTA Trilogy. This could be down to some sort of bug or Rockstar oversight, as some Australian players are able to play just Vice City, and some are able to only start San Andreas. In any case, if you are based in Australia and can play the game, feel free to share your experiences in the comments below.