Guild Wars 2 is getting another expansion, called Path of Fire. It’s coming on September 22nd, along with nine new elite specializations. They offer new weapon choices and traits, which means new playstyles. In the latest developer diary trailer, the team talks about the challenges of creating the elite specializations.

The goal of these new specializations is to significantly change the profession you’ve been playing, according to Irenio Calmon-Huang. You could call this both good and bad news.

Looking at the trailer, one might wonder how many different layers come into creating something of this scale. For example, Jerry Schroeder from the audio team, who is by the way a big Mesmer fan, talked about how the new sounds for a profession have to have the same feel like the rest of the experience. 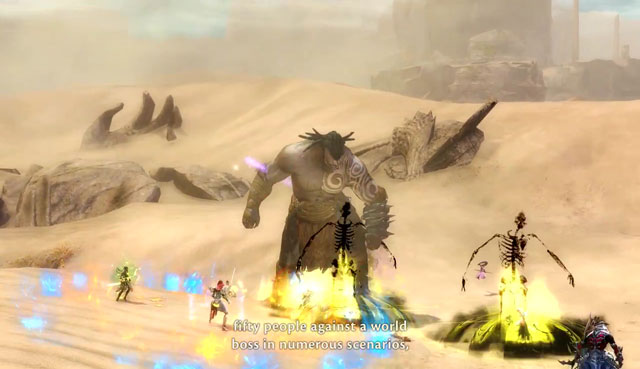 A lot of changes were made during the development of some of these specializations. For example, the firebrand, the holosmith and the renegade suffered complete revamps more than once. Another big problem was my favorite profession, the elementalist, who can now juggle two elements, and deciding on the number of the new skills it would end up with.