Halo is one of the most popular and most recognizable gaming franchises of all time. Starring the legendary Master Chief, over the years, Halo has been adapted into many other media apart from video games. Now the time has finally come for Halo to be adapted into a big-budget live-action TV series that has the talent and scope necessary to convert the lauded game to a televised show format. Halo Season 1 Episode 9 is the season finale, and many fans are wondering when it is going to be out so that they can watch it. We are here to tell you the exact release date and time for Halo TV series Episode 9 so that you can watch it as soon as it airs. 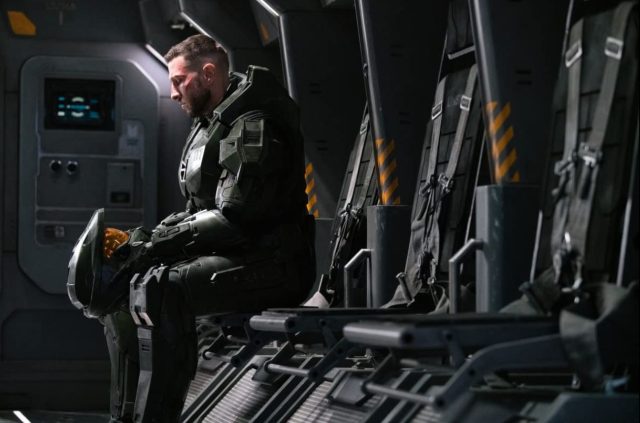 Halo Episode 9, the season finale, is titled “Transcendence”. It is set to release this Thursday, May 19th, 2022, at the following times: 12 AM PDT / 2 AM CDT / 3 AM EDT / 8 AM GMT / 9 AM CEST / 12:30 PM IST / 4 PM JST / 5 PM AEST. This first season has mostly revolved around John (aka – John-117, aka – Master Chief) discovering the truth behind the Spartan program – the same program that created him as a Supersoldier. In this last episode, we can expect to see some sort of resolution for this, as well as several other unresolved plot threads. Of course, seeing as the show has been renewed for a second season, this season finale will likely also end on some sort of cliffhanger.

While many fans have criticized the show, particularly for the creative decision to have Master Chief remove his helmet and reveal his face, it’s hard to argue that we could have emphasised with the character if he covered his entire face all of the time. Master Chief actor Pablo Schreiber (best known for portraying Nick Sobotka in the second season of The Wire) gave the character a much-needed dose of humanity.

PREVIOUS POSTV Rising Whetstone, How to Get & Craft Whetstones