At what time does Hearthstone’s March Of The Lich King expansion release? If that’s what you want to know, you’ve come to the right place! Hearthstone’s 22nd expansion is one of the most exciting ones yet. It introduces a brand new class, the Death Knight, a new permanent minion type – Undead, dual-type minions, and much more. If you’re as excited as we are and can’t wait to dive right into the new content, here is the exact launch time for the MotLK expansion. 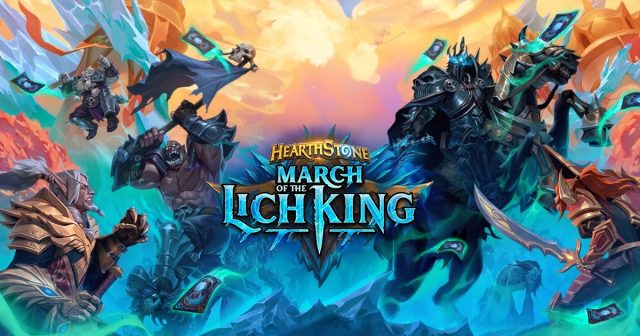 When is Hearthstone March Of The Lich King Coming Out

So, when does Hearthstone March Of The Lich King go live? The WotLK expansion is set to kick off on Tuesday, December 6th, 2022. When it comes to the exact launch time, Blizzard hasn’t yet provided official details in that regard. However, given the history and the release times of all previous expansions, we can safely say that March Of The Lich King will launch at the same time as previous expansions. Here’s when that will be:

Barring any technical issues with the servers or the new content, there will be no downtime. You will be able to play Hearthstone until right before the launch of the new expansion. Once WotLK launches, you will be asked to download the new update. Download it, and you can play the game and start opening your packs immediately. Of course, provided the servers are not overcrowded with players trying to do the same. In that case, you will probably have to wait in a queue for a little bit.

As we’ve mentioned above, the expansion introduces the Death Knight, Hearthstone’s 11th class and second-ever new class after Demon Hunter. There’s also a new type of minions – Undead, dual-type minions, a new keyword – Manathirst, the return of the Reborn mechanics, and much more! You can check out all the cards here.

NEXT POSTShiny Keldeo in Pokemon GO 2022