In Marvel’s Midnight Suns, you will come across many characters from the Marvel universe. Some of these are heroes, while others are villains. However, due to the circumstances that occurred at the start of the game, the line between good and evil is blurred. This means that characters that were villains can end up helping you. For example, Agatha Harkness. Besides being a major villain for Wanda (the Scarlet Witch), she is also involved with the Offering Bowl. This mysterious item can be of great use in the game, which is why we’re going to show you everything you need to know about it, including how to use it and where to find it, in this Midnight Suns Offering Bowl Explained guide. 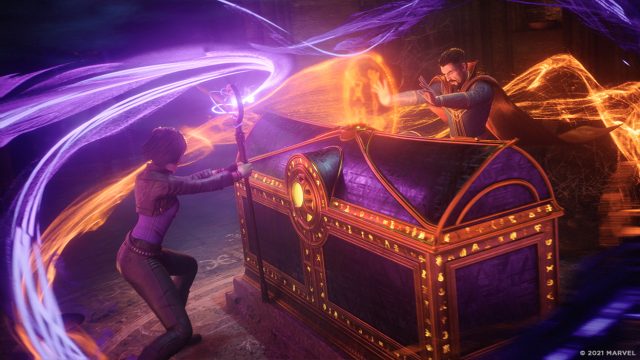 The first step here is going to be to find the Offering Bowl itself. To do this, you will need to speak with Agatha Harkness. She can be found in the Library at the Abbey. She will mention that there is an Offering Bowl at her Altar. The Altar itself is to the west of the Abbey. Make your way there and you will soon come across the Offering Bowl. It looks like a big ornate bowl on top of a big stone slab, with blue light emitting from it. You can’t miss it. However, note that you can only use this at night.

When you interact with the Offering Bowl, you’ll be prompted to put Artefacts in it. You get Artefacts from completing Missions. When you have done so, the next thing is to use your Power Word Reveal on it. This will turn the Artefact into an Arcane Key. These are very important items, as you can use them to open Arcane Chests that you come across.

NEXT POSTHearthstone March Of The Lich King Release Date & Time