Hearthstone’s first expansion of 2022, Voyage to the Sunken City, is set to bring some major changes to the current Hearthstone meta. The set is bringing 135 brand new cards, alongside a myriad of new and interesting mechanics. This includes Colossal minions, Dredge keyword, and of course – the Naga minion type! If you are excited about the new set and can’t wait to embark on an underwater expedition down to the ancient city of Zin-Azshari, here’s when is the Voyage to the Sunken City release date. 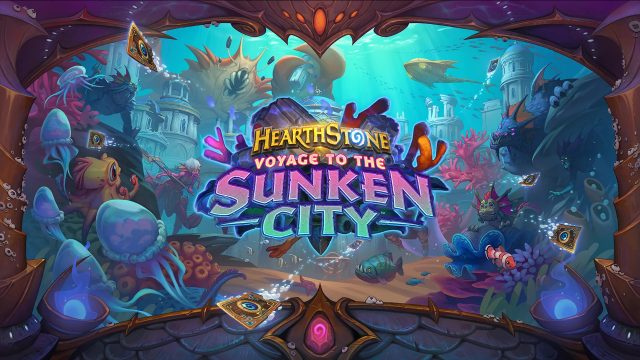 When is Voyage to the Sunken City coming out?

As we’ve already mentioned, the set is themed around the Naga race of Warcraft, and their capital city of Zin-Azshari, set deep underwater. The Naga is a new type of minion, which has synergy with spells and spell-casting. One of the new major keywords is Colossal. Colossal minions are so big, that they are represented with several cards on the board. Then there’s the Dredge keyword. Dredge allows players to look at the bottom three cards and put one on the top. Murlocs are one of the major themes of this expansion as well.

Of course, aside from the new set, another important change at the start of the Standard year is the set rotation. Sets from Year of the Phoenix (2020) are leaving the standard format. This means that Ashes of Outland, the Scholomance Academy, and the Madness at the Darkmoon Faire are going to Wild. Alongside the new Core set, things are about the change drastically in the Standard meta.