Honkai: Star Rail, an upcoming free-to-play tactical RPG developed by miHoYo, is about to enter its second beta this April. The fourth instalment in the Honkai series is also the most ambitious to date, thanks to the huge success of Genshin Impact, which has provided more funds to miHoYo. If you want to participate, here’s how to join Honkai: Star Rail 2nd beta, as well as all other information you need to know. 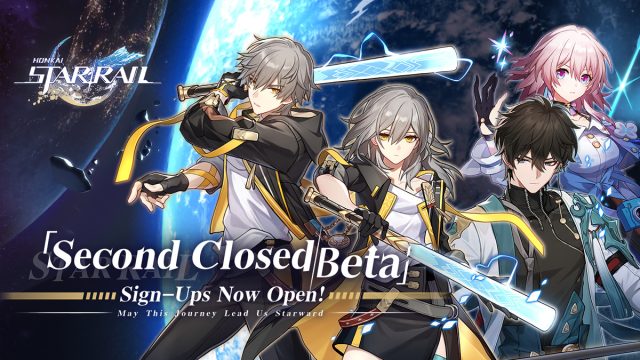 Developer miHoYo has officially announced the second closed beta alongside the new trailer. The first one was held in October 2021, and the community has eagerly anticipated the second beta ever since. The 2nd closed beta kicks off on April 28th 2022. The beta will last for more than two weeks, ending on May 15th. During this period, players will be able to test various aspects of the game and share their feedback with the developers. Interested in participating in the beta? There are two ways. First, you may join the beta by signing up via the official website. Here is how to do that:

You are now signed up for the second beta, which means that you have a chance to be randomly selected for participation. There’s another method as well. Developers have set a giveaway via the game’s official Twitter account. In order to participate, you can join this community event by retweeting the tweet below and leaving your HoYoverse Account User ID with #PlayStarRailNOW in the comments.

Can't Wait to Play Honkai: Star Rail
We guess that Trailblazers are eagerly waiting to join us onboard the Express!
Come and join in on this community event, Pom-Pom will guide you toward the stars~