Hyper Scape Comes To PCs First, Will Support Cross-Play Once It Arrives On Consoles 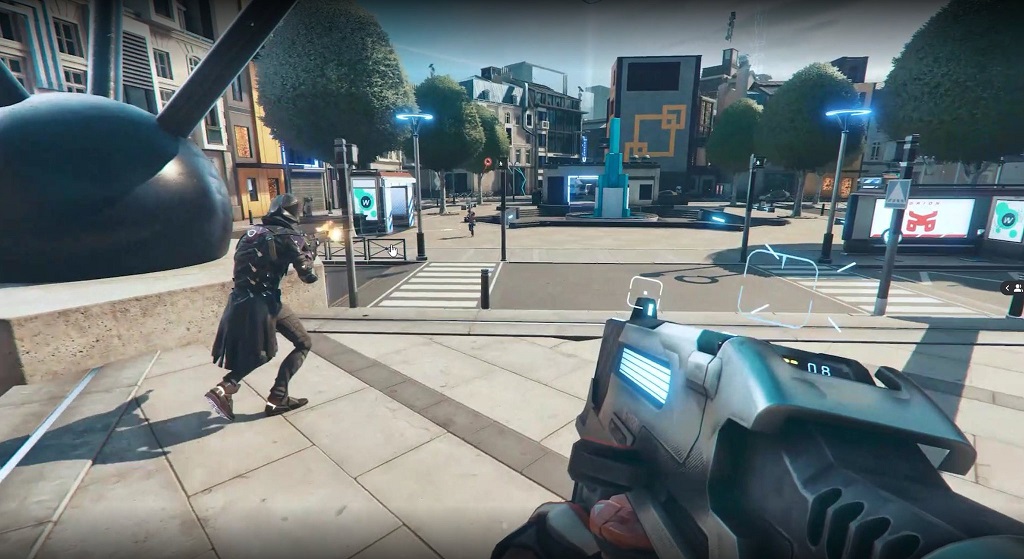 Hyper Scape is set for release later in 2020. First, the closed beta is set for the next week. Next, we will receive open beta sometimes during the summer. Finally, the PC version of the game will arrive before the consoles get it. But, once the game launches for consoles, all platforms will support cross-play, which is pretty neat. As for the game itself, Hyper Scape is a futuristic battle royale title set in a “futuristic virtual world.”

Sources: Hyper Scape is being built with streamers in mind in a full partnership with Twitch with never seen levels of integration from a big game before. Twitch chat will among other things be able to directly impact the game live with game-changing events pic.twitter.com/I37UUMo8rh

The game is being worked on by Ubisoft Montreal, known for Rainbow Six Siege. Given their track record with Rainbow Six Siege, these guys might create an amazing battle royale game that could find its way into the mainstream. Despite the fact that the BR genre is overstuffed at the moment, with seemingly no space for another large name to be successful. But, Hyper Scape is built from the ground up with streamers in mind. According to the report, the game will have “with never seen levels of integration from a big game before. Twitch chat will among other things be able to directly impact the game live with game-changing events.” If the Twitch integration doesn’t turn out to be a total gimmick, maybe we will see something new in the BR genre. At least we don’t have to wait long to check out the game.

PREVIOUS POSTBloodstained: Curse of the Moon 2 Gets Release Date

NEXT POSTPlayStation Plus July Free Games Lineup Is Pretty Solid