Liquidation, a tactical RTS game, is headed to Kickstarter soon. In this real-time strategy, you will be taking on the role a commander seeking to bring back balance to Veá – a world torn by war. Developed by Divio and published by Grindstone, the KS campaign is aimed at establishing an active community and to engage with fans of this underrepresented genre. 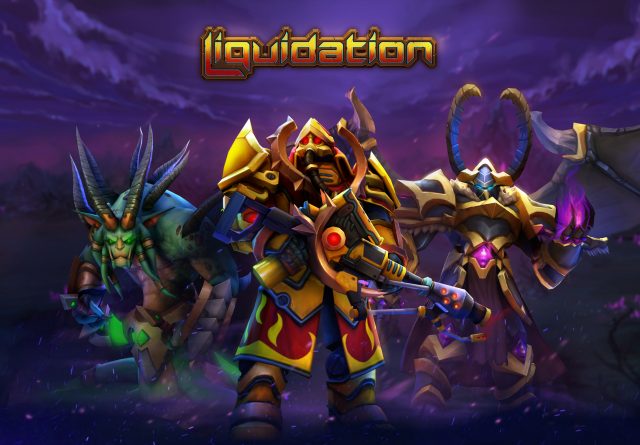 When is The Liquidation Kickstarter Campaign?

The Liquidation Kickstarter campaign will launch on June 10. The game is coming to Steam in autumn 2021. In Liquidation, you lead a faction commander and your task is to conquer the opposing factions and to become the ruler of Veá. The setting is a blend of science fiction and fantasy, and the game will have single-player and multiplayer modes. Base management, resource management, combat – all the hallmarks of the RTS genre are hear. There are also some additions to this classic formula, such as deities that can grant you powerful boons.

In Liquidation, there are four factions you can play as, each with their own campaign. There is the fanatical Alliance, who are seeking to exterminate all non-humans. The Alliance is a technologically advanced reptilian race fighting for their survival. Legions are demons that do the bidding of their mysterious master. Finally, there are the Corruption – all-devouring monsters.

You can watch the Kickstarter trailer for Liquidation here:

We’re getting strong Starcraft vibes from this game. If you are an RTS fan, you can watch when the game will launch on KS and wishlist this title on Steam.

PREVIOUS POSTWatch Dogs Legion of the Dead Could Not Load DuniaDemo_clang_64_dx12_plus.dll Crash