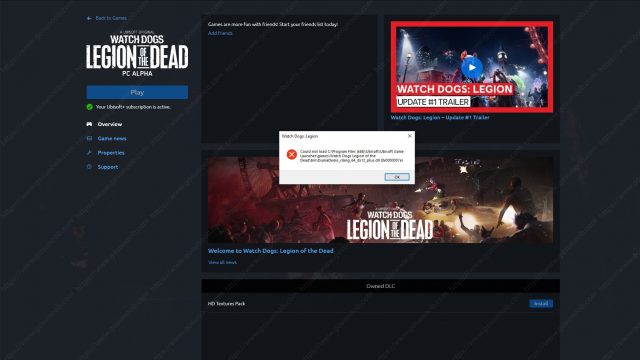 Let me say right away that there doesn’t seem to be a fix for this bug and that the developers have been notified. There’s a thread that opened up immediately on the official Watch Dogs: Legion of the Dead forum about the issue. Ubisoft community managers have stated that they’ve let developers know. You can read more about it here. I’ve tried multiple things to fix the DuniaDemo_clang_64_dx12_plus.dll error. None of the known methods worked. Upon inspecting further I’ve found out that neither DuniaDemo_clang_64_dx12_plus.dll nor DuniaDemo_clang_64_dx11_plus.dll files are present in the game’s folder. This probably means the developers forgot to include them in the install. This means we’ll have to wait for them to push a patch.

This is a PC alpha of the Legion of the Dead mode and its purpose is to find problems like this. It could be that this problem is present only for Ubisoft Plus subscribers. I’ve deduced this from the name of the file. DuniaDemo_clang_64_dx12.dll (without the sufix _plus) is present in the game’s bin folder. Being a Ubisoft Plus subscriber myself I think the problem is there is no plus subscribers specific dll present and the game won’t launch. We just have to wait for Ubisoft to include that file in the game’s client.

Things we tried to fix the Watch Dogs: Legion of the Dead DuniaDemo_clang_64_dx12_plus.dll bug

Problem with this dll were happening even for the base game. Here’s a list of all the things I tried to make Watch Dogs Legion of the Dead PC alpha work, but I was not successful with any of them. If any of you managed to have it run please comment bellow and tell us if you are a subscriber of the Ubisoft Connect Plus service or not. 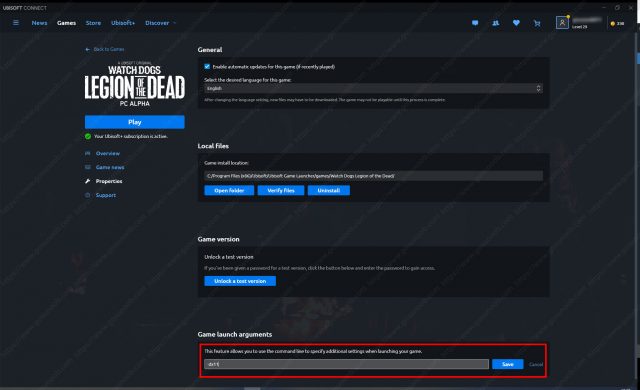 We’ll keep a close eye on the official forums and the developer’s Twitter and let you know as soon as we find a fix. If you know of a fix before that then please leave a comment bellow.