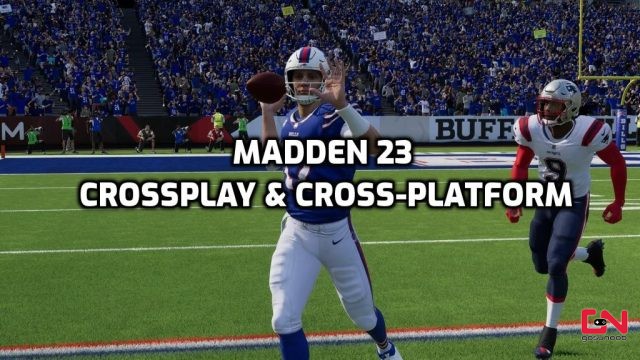 Madden 23 is available on PS4, PS5, Xbox One, Xbox Series X|S, and PC. With so many different platforms, fans of the popular sports game were hoping to finally see crossplay support included for their favourite game. Unfortunately, despite EA showing a positive trend in this regard with games like FIFA 23, Madden players will once again find only disappointment. Regrettably, we must inform you that Madden 23 will not include any form of cross-platform play. You will only be able to play with friends and other players from your platform. That is, PC players with other PC players, etc.

However, the good news is that the game will support cross-generational play. That means that those who game on the PS4 will be able to play with gamers on the PS5. The same goes for Xbox consoles, you will be able to play online with both Xbox One and Xbox Series X players. At the time of writing, we don’t have information if crossplay support will be added at a later date. For now, EA hasn’t said anything about their plans in regards to cross-platform play in Madden 23. If anything changes in this regard, we will make sure to update the article to keep you in the loop.

NEXT POSTTower Of Fantasy Samir Gifts