Maneater, the open-world shark action RPG, has been released on Steam, Xbox Games Pass, and Nintendo Switch. Initially released as an Epic Store exclusive, the game’s one-year exclusivity deal has expired and you can now purchase the game on the Steam digital storefront as well. Likewise, you can now own the game on the Nintendo Switch and the game is also available on the Xbox Games Pass for its subscribers. 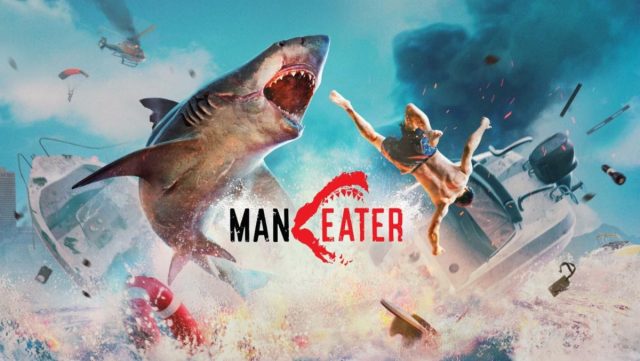 Play as a Man-eating Shark

In Maneater, you start out as a bull-shark pup. From this fragile beginning, you have to somehow survive in a harsh and unforgiving ecosystem until you grow to be the top (sea)dog around. You will need to pick your battles – and your snacks – carefully if you want to evolve and reach the top of the food chain. As a shark, your foes will include both marine wildlife and human enemies and your ultimate goal is to get revenge on the fisherman that killed your mother.

– Eat: feed and collect rare shark loot that will enable you to evolve past natural boundaries.

– Explore: there are seven distinct regions in Maneater. From bayous to beaches and the open ocean, explore this aquatic world, complete with a day/night cycle.

– Evolve: equip your shark with Evolutions that upgrade its power.

– Play on the Nintendo Switch: for the Maneater on the go. Play in Docked, Tabletop, and Handheld mode with Rumble and Vibration on the Switch Pro Controller. You can check out the Nintendo trailer here.

For more information on Maneater, visit the official Maneater website.

NEXT POSTHow to Change Tribe in Biomutant