Ms Marvel is the latest MCU TV show. Starring Iman Vellani as the titular Ms Marvel (whose civilian identity is Kamala Khan), the series explores the origins and subsequent adventures of the first Pakistani-American superhero. In fact, when her solo book debuted in Marvel way back in 2014, she was the first Muslim superhero to headline her own title. And now, the character is breaking new ground in her own miniseries. The first episode has already aired, and fans are wondering when is Ms Marvel Episode 2 coming out. Well, to help answer this question, our article is going to tell you the release date and time for Ms Marvel Episode 2, as well as where and how to watch it. 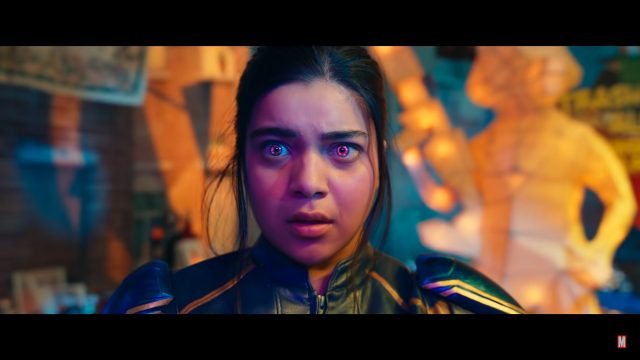 When Does Ms Marvel Episode 2 Come Out

Ms Marvel Episode 2 is scheduled to air this Wednesday, June 15th, 2022. This episode is going to arrive at 3 AM ET / 12 AM PT / 8 AM BST / 5 PM AEST, depending on where you live. If you don’t see the episode immediately when the right time comes, don’t worry. It can take a couple of minutes for the streaming app to update and refresh. This episode is going to be directed by Meera Menon. Long-time Marvel fans may be familiar with her work on another MCU-related TV show – the Punisher. She directed “The Abyss”, the eleventh episode of The Punisher Season 2.

Where Can You Watch Ms Marvel Episode 2

Currently, the only way you can legally watch Ms Marvel Episode 2 is on Disney+. This functions pretty much the same way as Netflix. Meaning that you will need to have a valid D+ subscription in order to watch any Disney+ exclusive content. This includes MCU movies and shows, as well as new Star Wars media, such as Obi-Wan Kenobi. The only problem is that not every country has access to D+, and that Disney+ doesn’t have a free trial period available to it so that you can try out the streaming service before subscribing to it. If you are residing in one such area, the only way to see Ms Marvel is to wait until the entire series is out on Blu-Ray.

NEXT POSTBecome a Werewolf in Sims 4 Werewolves