Are you stuck on the “Syncing Account State” screen in MultiVersus? The MultiVersus early access open beta is now live as more and more players are getting access via Twitch Drops. However, as it usually goes with the beta launches of big online multiplayer games, there is a myriad of issues that are currently preventing players from entering the game. From beta codes not working, to Twitch drops not registering, and so on. Probably the biggest issue is that many players are stuck on the MultiVersus loading screen and can’t access the game. Here’s what we know about this issue. 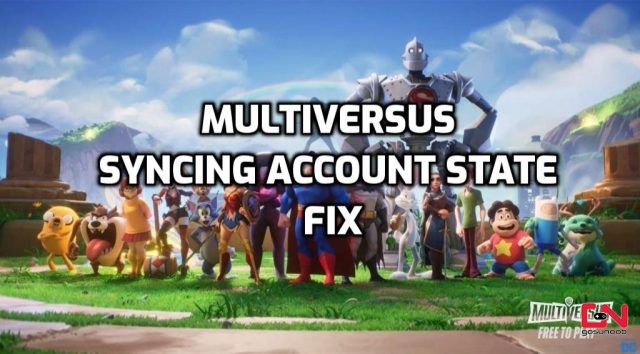 If you are stuck on the loading screen in the MultiVersus open beta, you should know that many players are experiencing this problem. This is probably the most widespread problem on the first day of early access. Players would start the game and the game would be stuck forever on the “Syncing Account State” screen. No matter how much you wait, it seems that the game will not pass that screen. Furthermore, the same problem appears on all systems, including PC, Xbox One, PS4, PS5, and Xbox Series X.

We have good news and bad news in regard to this problem. First, the good news. The problem has nothing to do with your system or the internet. You don’t need to uninstall or install the game. Furthermore, your internet is most likely working perfectly fine. Simply put, you’ve probably done everything correctly. Nonetheless, the problem is still here. Unfortunately, the bad news is that this is a server issue. This means that there’s nothing you can do about it.

Fortunately, the developers are well aware of the problem and are actively working on a fix for it. As soon as we have more information, we will update the article.