When is Naraka: Bladepoint coming to Xbox Game Pass? The melee battle royale has been released last year for PC and since then it has gathered a loyal and stable player base on Steam. Naraka: Bladepoint offers a unique blend of a sword fighting game and the battle royale genre, set on a huge 60-player PvP map. Developers, 24 Entertainment, have done a great job combining all these elements into a great and smooth experience. And now, the same fun gameplay will also become available on Xbox Game Pass. Here’s the Naraka Bladepoint release date and time on Xbox. 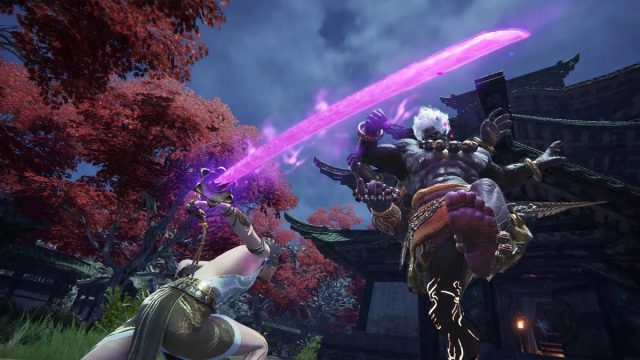 When Does Naraka Bladepoint Come Out on Xbox

Naraka: Bladepoint was originally announced to be released on console during the Xbox x Bethesda Games Showcase event. The Xbox release came as a surprise since there were no previous announcements. And if you can’t wait to play the game on your console, you won’t need to wait for long. Naraka: Bladepoint is coming out on Xbox on June 23rd. And there is even better news. If you are an Xbox Game Pass subscriber, you will be delighted to hear that the game will be there on Day 1.

If you are subscribed to Game Pass either on PC or Xbox, you will be able to play Naraka Bladepoint at no extra cost. The game has recently hit the 10 million players mark on PC. Almost a year after its initial release the battle royale is still extremely popular, regularly being among the most played games on Steam. And when it becomes available on Game Pass, a new influx of players will make the game even more popular.

Alongside the game’s release on Xbox Series X|S, the game will receive a new weapon as well. The Dual Blades are described as “devastating weapons that can deliver striking blows to opponents”. In addition, a campaign mode is also arriving in Naraka: Bladepoint “very soon”. This news mode will see “teams of three taking on new enemies and bosses in exhilarating scenarios”.

NEXT POSTHow to Level Up Werewolf Sims 4