Microsoft Flight Simulator is coming to the PC in 2020, the first MS Simulator title since 2006. The game should break new ground when it comes to photorealistic visuals, but that’s not all. Developers managed to map literally the whole world, allowing players to experience unmatched levels of freedom. The map of the world is rendered using Bing maps and in every showcase video results are stunning. Unbelievable details on the ground with the emphasis of airports is something we haven’t seen before. This is what true next-gen title should look like. And in a recent Tweet, Nvidia shared another impressive video of Microsoft Flight Simulator in action. 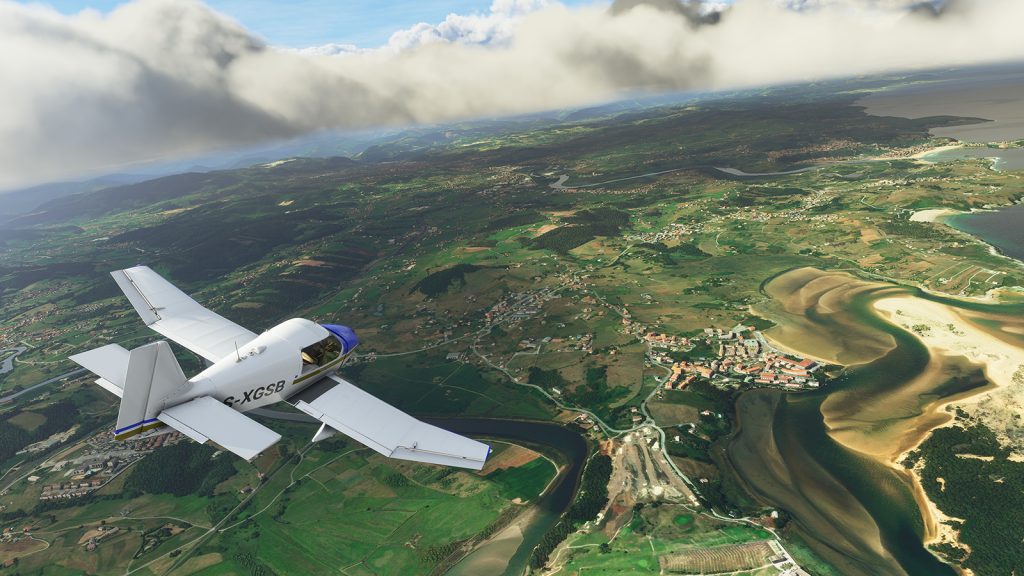 At least when it comes to visuals, Microsoft Flight Simulator is by far the closest to the real thing. And in NVidia’s video the photorealistic effect is enhanced thanks to the relatively low resolution of the video. Realistic audio only adds to the realism. The first few seconds look like someone simply recorded a flyover across a city with a Go Pro. The landing scene shows unapparelled details. The magic breaks a bit during the third scene. Sunny weather shows that real-time shading is still not good enough to look impressive as during cloudy conditions. But then the last scene brings back the magic with only the airplane model looking like a video game asset (which it is).

Is this real life… ? pic.twitter.com/Q9Dnp3Mnda

The whole video surely wouldn’t be as impressive if the quality was higher but despite that Microsoft Flight Simulator is unmatched when it comes to visual fidelity. Those photorealistic visuals do come with a price. The map that contains the whole Earth cannot be installed locally on your hard drive. It would take about 20,000 Blu Ray discs for the whole map. Instead, the game will be the first title that will need a fast internet connection for a good reason. All assets are streamed while you play, allowing the game to looks like none other game to date. And we can’t wait to try it in 2020.