Firewatch has sold more than 1 million copies on all platforms. The game was released in February 2016 for PC and PlayStation 4, and the Xbox One version was released in September. Almost a year has passed, and Firewatch has achieved a great milestone. For those of you that don’t know, Firewatch is a first-person adventure game developed by Campo Santo and published by Campo Santo and Panic. 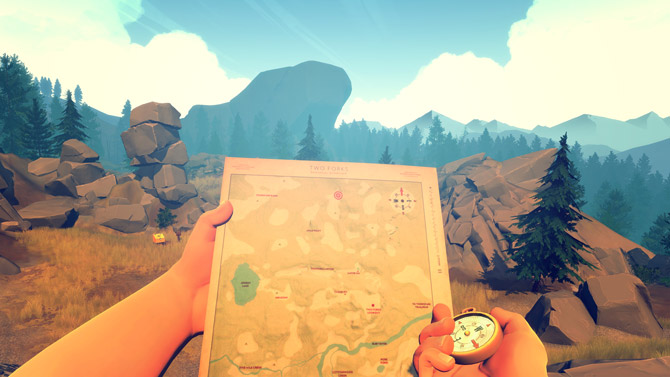 Developers from Campo Santo tweeted the message thanking the players for helping the game reach this impressive feat. Hopefully, we will see even more great titles and accomplishments from this studio in the future. You can check their official Twitter page here

Firewatch is set in the American state of Wyoming in 1989. You play as Henry, a fire lookout who is assigned to his own tower in Shoshone National Forest. After some time, you will uncover mysterious occurrences in the vicinity. You will be using your trusty walkie-talkie for communication with your supervisor Delilah. The conversation options that you choose will alter Henry’s relationship with Delilah.

The game looks stunning and amazing; the forest is packed with small details that will blow your mind. You will definitely stop to take some interesting screenshots of the incredible nature and its inhabitants around you.

The game focuses on atmosphere, immersion, and exploration of the forest; there are no combat elements and quick time events. At this moment, it costs around 20 dollars on all platforms, at it will definitely be worth your money.

The interesting news is that a film based on the Firewatch game is being developed by Campo Santo and Good Universe. The game received really good reviews from both critics and players, and you should definitely try it out if you haven’t.

Let us know in the comment section below: did you like playing Firewatch and what are your impressions?