If you are wondering if Path of Exile servers are down, you’ve come to the right place. Almost a decade after its initial release, PoE is still one of the most popular action RPGs. It owes that popularity to the constant updates and expansions released by Grinding Gear Games, the game’s developers. Though, constant updates often mean server maintenance and downtime. In this article, we will regularly share the latest information about the Path of Exile server status, current outage, connection issues, and more. 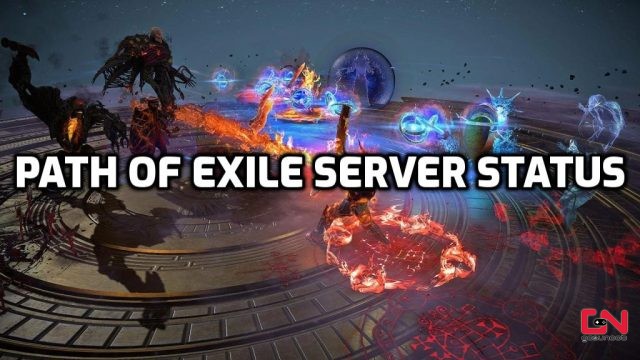 Are Path of Exile Servers Down?

At the time of writing, Path of Exile servers are up and running. However, the Path of Exile 3.18 update, which will bring the Sentinel expansion, is set to be released on May 13th. The update is expected to launch at 11 am PT / 2 pm ET / 7 pm BST / 8 pm CET. While still not confirmed, during this time we may expect server downtime for maintenance and update deployment.

Aside from updates and scheduled maintenance, PoE can be offline for various other reasons. For example, there can be a server outage caused by some exterior problems. A game-breaking bug may prompt developers to bring the game offline. A DDoS attack can also result in a server outage. Whatever the issue is, we will regularly update the article with the latest information about the Path of Exile server status.

How to Check Path of Exile Server Status

The best way to stay informed about the latest news regarding PoE is to follow the official PoE Twitter account. The developers will always share info about updates, maintenance, etc. But also, you can always come back here. We will make sure to always stay up-to-date with the current state of PoE servers, current outages, or any other connection issues.

PREVIOUS POSTPoppy Playtime Experiment 1006, The Prototype, Who is It